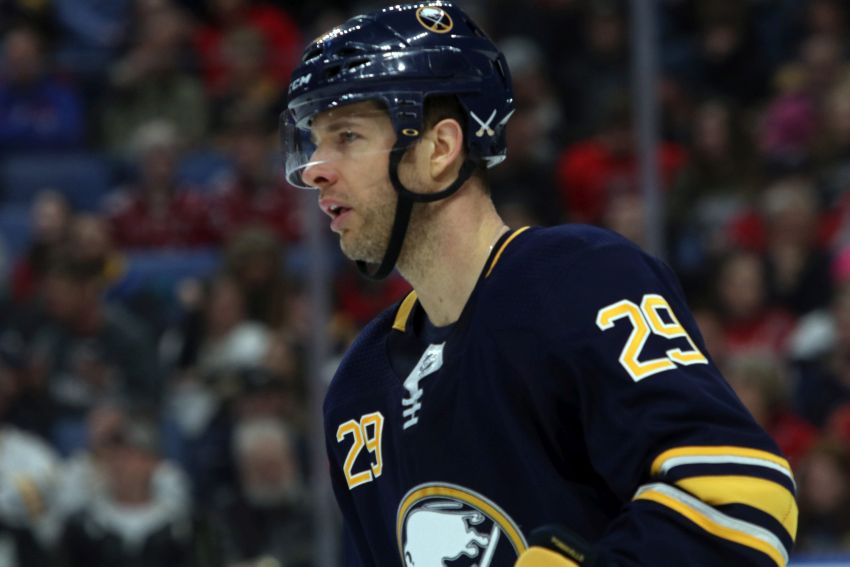 Ten contests remain in a miserable season. The Sabres, who have fallen from first overall to sixth in the Atlantic Division, want to evaluate other players.

So Pominville, 36, will be a healthy scratch for the second straight game tonight against the Toronto Maple Leafs. Sabres coach Phil Housley inserted Vladimir Sobotka for Pominville prior to Sunday afternoon’s 4-3 shootout win over the St. Louis Blues.

“It’s just the situation we’re at,” Pominville said this morning inside KeyBank Center. “Trying to see what we have, I guess, and giving opportunities to guys, which is understandable for the position we’re in. It sucks being the guy that has to sit out but I get that part a little bit, where they know what I can bring. They know what I can do for the team, but they have to figure out what other guys can bring.

Sitting out, of course, is unusual for Pominville. Tonight will the third game he has been scratched this season. When Housley sat him Jan. 30 in Dallas, it was the first game Pominville had been a healthy scratch with the Sabres since 2005-06, his rookie year.

Only three other players 36 or older – Justin Williams, Patrick Marleau and Joe Thornton – have scored at least 15 goals this season.