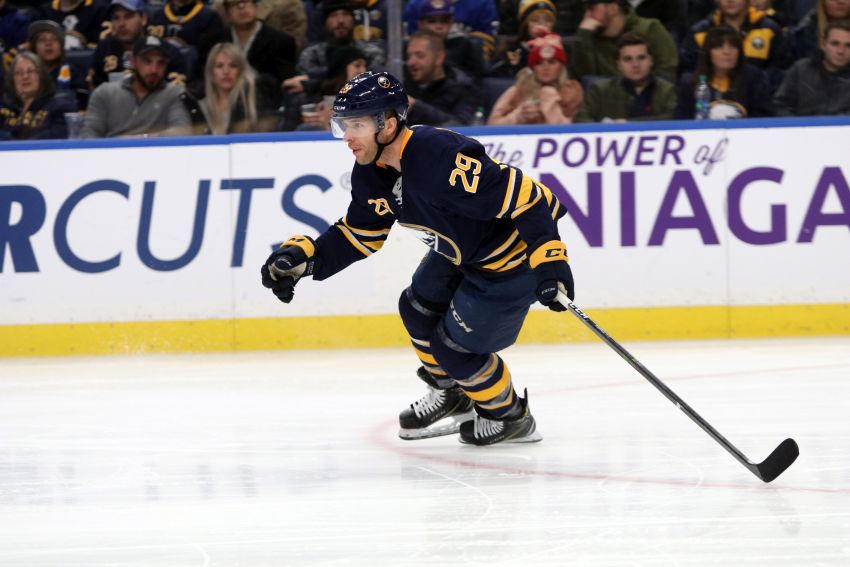 BUFFALO – The Sabres cleared one huge hurdle in Saturday’s 4-2 loss to the Carolina Hurricanes by, uh, scoring a goal for the first time in more than three games.

“It certainly was a relief,” coach Phil Housley said of the Sabres ending their drought at 199:58. “I really like the way we started, and just taking a look at the game after the fact, I really liked the way we played. We had a lot of quality opportunities. I thought our structure was really good. We didn’t allow them too much offensively and as a result I liked our game.

“We just didn’t cash in on our opportunities. That’s where we’re at right now.”

Right now, have lost seven straight games (0-6-1-), the Sabres are reeling entering this afternoon’s game against Ryan O’Reilly and the St. Louis Blues inside KeyBank Center.

Sobotka, a former Blue, was a healthy scratch for the first time this season in Carolina.

“It’s just where we’re at as a group,” Housley said of why Sobotka, 31, was benched. “We haven’t gotten any results, so there’s going to be players moving out until we find that chemistry.”

As expected, Sabres goalie Carter Hutton will start against this old team.