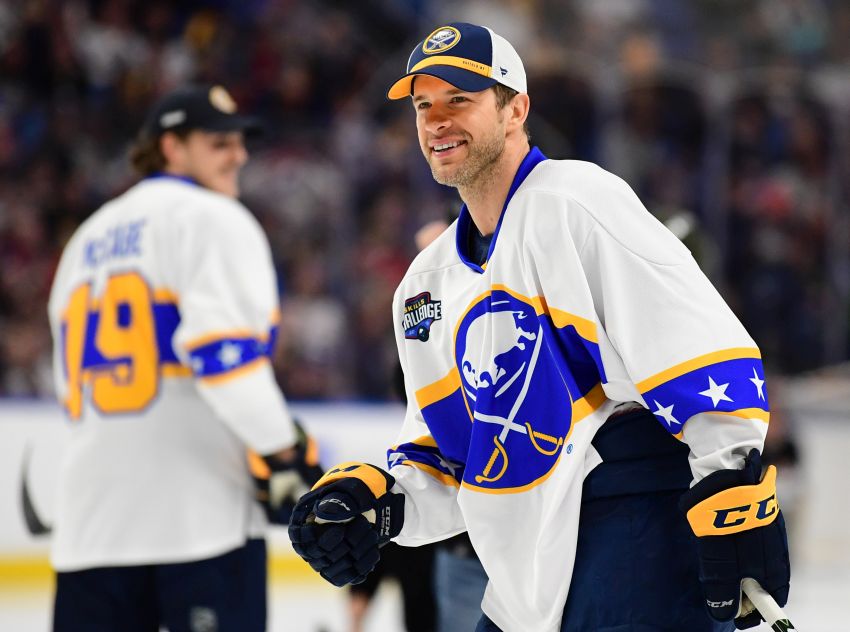 BUFFALO – Barely two months ago, Jason Pominville was enjoying a renaissance. As his 1,000th NHL game and 36th birthday approached, the affable Sabres winger kept piling up goals and points.

On Nov. 17, Pominville scored his ninth goal and 17th point in the Sabres’ 20th game. But since then, he has mustered just one assist.

His ice time has declined sharply, falling from about 15 to 18 minutes an outing during a stretch in which he compiled seven goals and 14 points to below nine minutes some nights, including Saturday’s 2-1 loss in Boston.

“Everyone’s a competitor and … whether you’re playing 10 or 20 or 30 (minutes), you always feel like you can get more,” Pominville said Monday. “Obviously, I’m no different. But am I going to sit here and complain and feel sorry for myself? Absolutely not. I’ll just go out there and work.

“I know I’ll have a chance to play more and I know it will come more. I know they’re moving lines all the time, different personnel playing in different roles. I completely understand that. Yeah, my time will come.”

The Sabres’ oldest player has bounced around the lineup for weeks, often skating on the fourth line. His power-play time has also diminished.

“It’s just a result there’s been a lot of guys squeezing sticks a little tight,” Sabres coach Phil Housley said of why Pominville’s minutes have dipped.

Other parts of Pominville’s play haven’t dipped much or at all recently. His ability to maintain a steady game has been a hallmark over his 14-year career.

“I feel like my game doesn’t vary much as far as when I’m going good and when I’m not,” Pominville said. “I mean, yeah, I was probably put in different situations that help me produce, whether it was getting to the front of the net, playing the net front on the power play and those kind of situations. Now I’m not.”

Pominville, whose versatility has always been an asset, is malleable and willing to embrace any role the Sabres give him.

“I’ll do whatever, as long as I’m responsible defensively and compete and go to the net, I’ll know that I’ll have chances and I’ll get looks,” Pominville said. “I’ll find a way to help the team, because being responsible is how you win games, it’s not run-and-gun.”

Housley said: “I like the attitude he brings. He wants to win. He’s going to do what it takes to win when he plays in those minutes, and he’s played some good minutes for us.”

While it can be easy to say Pominville benefited from playing with two of the NHL’s most dynamic offensive threats, he did plenty to help his linemates, showcasing some supreme scoring prowess around the net.

After finishing dead last a year ago, Pominville is relishing the Sabres’ best season in nearly a decade. The three-time 30-goal scorer, who’s in his second stint in Buffalo, is the only current player who has experienced postseason hockey with the club.

“To see the turnaround that we had, where we are now, to have a chance to take it to that next step and win and win here and see what it means, first, to the guys that have been here and haven’t had success, and second, to the city … how it gets around here when the team wins,” Pominville said. “We’re in a good spot right now.”

The postseason – “I’ll do anything to get there,” he said – is Pominville’s target.