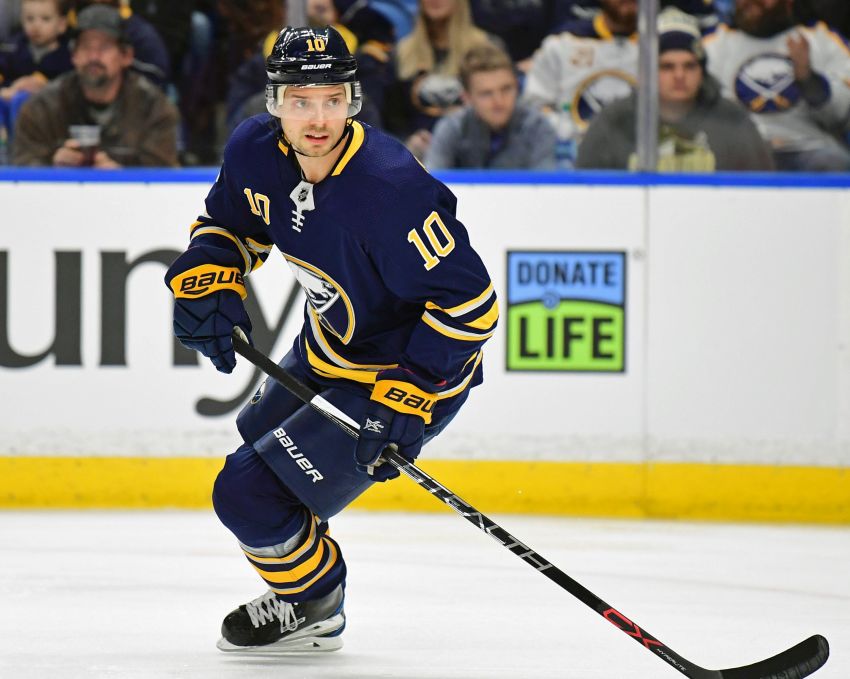 But Josefson, 26, is a third- or fourth-liner whose offensive production is a bonus. Since the Swede tweaked his ankle Nov. 25, the Sabres have missed the veteran’s savviness.

“It was tough to see him go down again,” Sabres coach Phil Housley said this afternoon inside KeyBank Center. “He brings experience, really solid up the middle, down low in the defensive zone, just knows where to be in the offensive zone. … He’s just a smart player.”

Josefson will likely return for Tuesday’s home tilt against Boston. He practiced between Jordan Nolan and Evan Rodrigues this morning inside HarborCenter. Josefson has missed nine games and sat out 15 earlier.

Rodrigues moved to the right wing from center today.

“They compliment each other well, they got a little bit of everything on that line, so that’s why we moved (Rodrigues) to the wing,” Housley said.

With Josefson on a line, winger Scott Wilson skated as an extra.

Update: The Sabres sent winger Hudson Fasching back to the Rochester Americans this afternoon. Fasching had zero points in five games during his first recall this season.