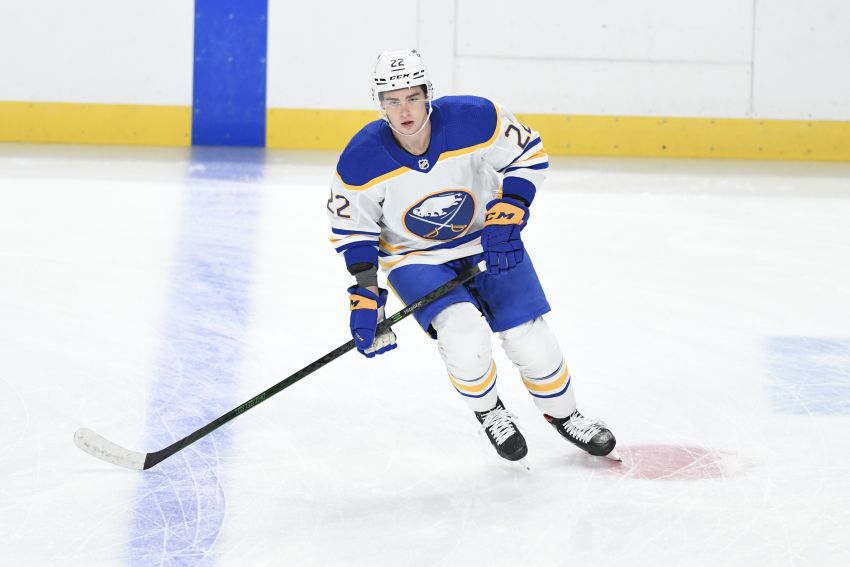 “The injury he has, there’s a window between week four and six that you can really get a gauge where he’s at,” Granato said prior to this afternoon’s game against the Philadelphia Flyers at KeyBank Center. “It looks like it’s going to be at least four.”

Quinn, 20, scored his first goal and assist Thursday, his second NHL game. Given the team’s rash of injuries up front, he was likely going to keep playing for the Sabres.

The rookie has performed dynamically for the Rochester Americans this season, scoring 18 goals and 35 points in 24 games.

Granato acknowledged losing Quinn, the eighth overall pick in 2020, is a bummer.

“He’s been a scoring machine,” he said. “I don’t worry about this stunting his development. I said when he left training camp that the kid, he’s like a homing torpedo, I think was what I mentioned with him, and you see why I said that. He just keeps getting better. Every situation makes him better, he finds a way to continue to learn. …

“Coaches have always said the fastest learners are the ones that are going to become the best players. You have to have a degree of talent, which he has. He wants to learn and he learns fast. It’s a bummer for us not to have him, but he’s going to come out of this better, I just know he is.”

In other injury news, Granato said defenseman Will Butcher, who left Thursday’s contest with an upper-body injury, is day to day.

To replace Butcher, defenseman Jacob Bryson will return this afternoon from an upper-body injury that has sidelined him the last three games.