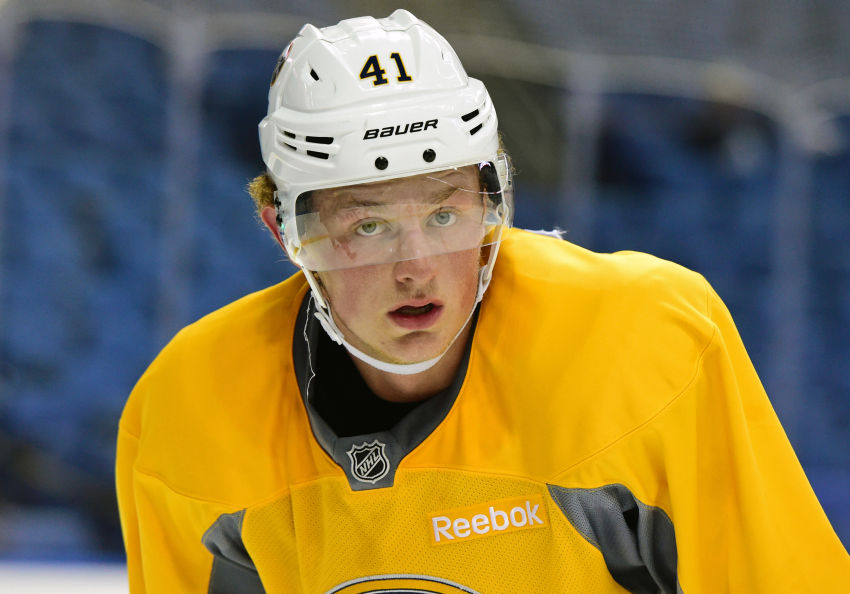 “This is still training camp – I’ve said this all along – I still have to earn a position and earn a role on the Sabres,” Eichel said this afternoon following the first session of camp inside the First Niagara Center. “That’s what training camp’s for and what I’m trying to do. Until then, I’m No. 41, as I wore at development camp and as I wore at the prospects tournament.

So Monday in Minnesota, Eichel plans to wear No. 41 for the preseason opener.

Eichel skated this morning between Moulson, his left wing, and Zemgus Girgensons, a center all of last season. Right now, the line might be the Sabres’ second scoring line behind the trio of center Ryan O’Reilly and wingers Evander Kane and Tyler Ennis.

“Every night at dinner that’s what he says,” he said.