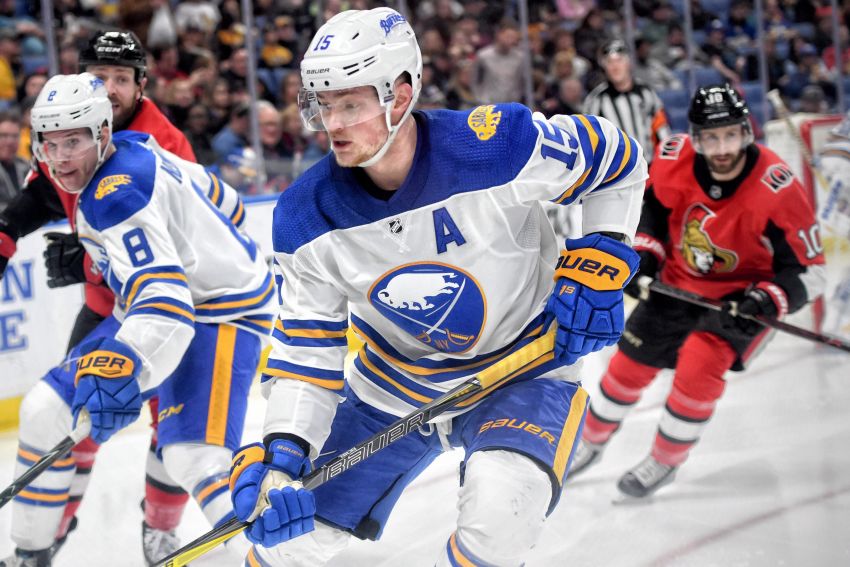 On Monday morning, however, Eichel, 21, acted like a leader discussing the Sabres’ 31st-place finish, a season much worse than a year ago. He answered every question thoughtfully, even passionately. He looked every questioner in the eye.

“I’ve figured out a better way to communicate with you guys, for sure,” Eichel said as the Sabres cleaned out their lockers and held exit interviews inside KeyBank Center. “We talk every day. We might as well make our relationship a good one. I think last year I was frustrated, bitter, a bit upset. Not at you guys at all. But at the way things went.

That starts with being ready in September. Housley’s first camp featured lots of teaching, meaning the conditioning aspect took a backseat. In five months, he plans to be a lot tougher on the Sabres.

While the Sabres finished 35 points out of a playoff spot, dramatic turnarounds are possible in today’s NHL. The Colorado Avalanche, the league’s worst team a year ago, improved a stunning 47 points, clinching a playoff berth. So did the New Jersey Devils, who earned 27 more points.

“I look at Colorado, there’s a group of players there that got together and said, ‘We need to change, we need to do things different, we need to listen, we need to be coachable,’ and you can see the result,” Housley said. “It requires a big commitment, it’s a huge commitment to change the direction of this franchise.”