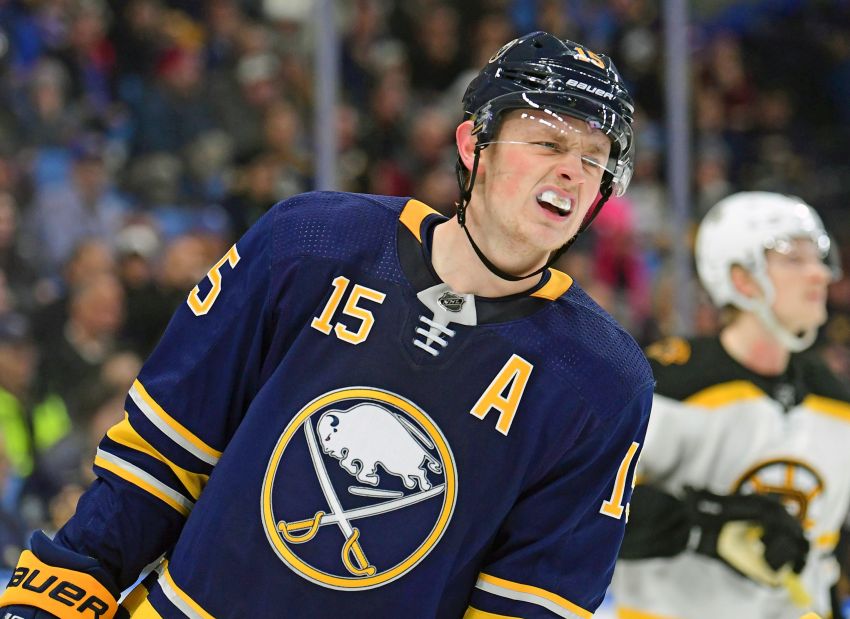 Now, don’t expect Eichel, 21, back in the lineup this week. Sprains are notoriously tricky injuries.

Still, Eichel’s progress is a good sign. The Sabres want their leading scorer to return this season.

“That’s the goal, but we never know how these things react,” Housley said this afternoon inside KeyBank Center. “We don’t want to put any timeline on it. It’s good to see him skating. I think that’s a step in the right direction. Obviously, he wants to play some games before the end of the year.”

The Sabres have said Eichel is out indefinitely, although Housley said shortly after the injury the original prognosis was four to six weeks.

Housley doesn’t want to put a timeline on Eichel’s return.

“We don’t want to put him on that sort of pressure,” he said.