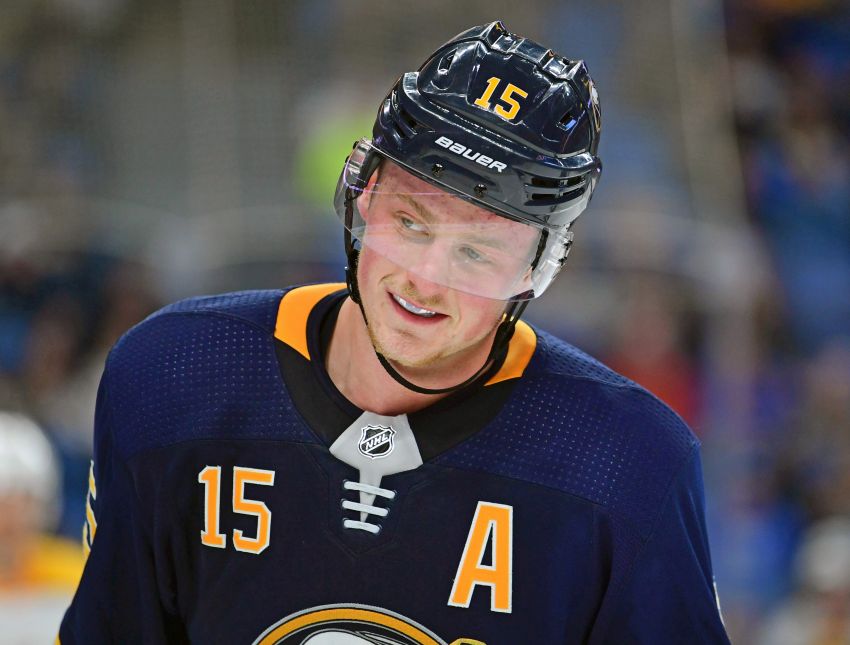 For Eichel, 21, shutting down his season because the Sabres are out of the playoff race – some fans believe his prolonged absence would improve the team’s draft status – wasn’t an option.

So Eichel, who played Saturday afternoon following a 15-game absence, doesn’t like getting asked why he returned this season.

“At the end of the day, I love to play hockey. Whether we’re in first place or last place in the league, it doesn’t matter to me. I like to put my equipment on, go out there and play hockey. That’s why I’m playing. I love to play and I have a lot of fun doing it. It’s what I look most forward to in my day. There’s not really quite a feeling like it, so I enjoy it every day.

“I’m a competitor, I want to be out there competing. I want to play, so that’s why I’m playing.”

Eichel said “there should be a lot more questions asked if I decided I did want to pack it in, end my season.”

“I looked at my rehab process as if I was coming back to compete to try to get to the playoffs,” he said. “Obviously, that’s not the case, but I try to put myself in the best position to come back and impact this team in a positive way. That’s all part of us building a culture out there. We should all want to be out there every night. I think that that’s important.”

Of course, the Sabres’ leading scorer and only NHL All-Star was smart about his injury, the second high ankle sprain he suffered in two seasons.

“I think I did a great job in terms of not rushing it,” Eichel said. “I think at the time of the injury, if you ask me how quick I would’ve played, I probably took a little more time to be safe, be cautious. That’s being smart. There’s a lot more hockey that I hope to play in my career. This is not something that I want to continue to deal with over the summer.”

He added: “I’m not really risking anything at this point.”

Check back later for more on the Sabres, who held an optional practice today inside KeyBank Center.