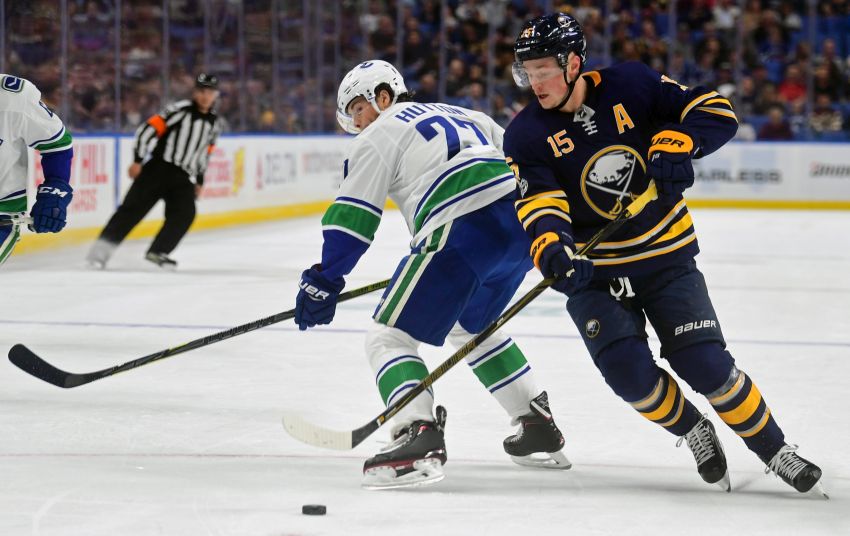 BUFFALO – After practicing more than an hour this morning, Jack Eichel’s first team session since suffering a high right ankle sprain Feb. 10, the Sabres center wouldn’t put a timetable on his return.

Eichel returned to game action 48 days after going down. Right now, he’s at the 31-day mark.

Of course, sitting and watching has frustrated Eichel. The former second overall pick was playing perhaps the best hockey of his three-year career and had just represented the Sabres in the NHL All-Star Game.

Despite missing more than a month, Eichel’s 22 goals and 53 points in 53 games are still tops on the team. The Sabres are 6-6-2 without him.