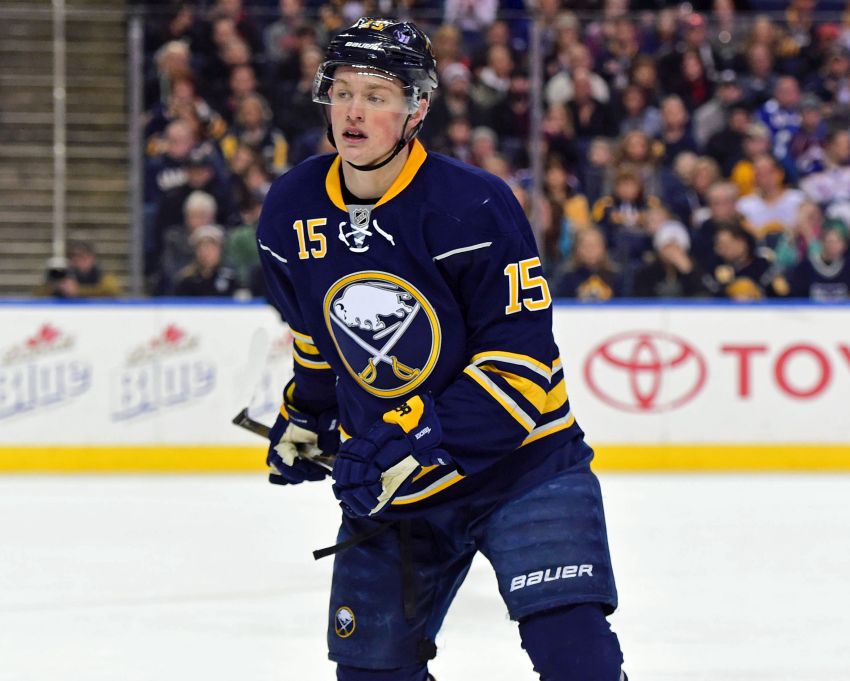 Still, Bylsma said Eichel, 19, will be sidelined “more weeks than days at this point.” He didn’t give a firmer timeline.

Clearly, Eichel’s injury late in the final practice before tonight’s season opener against the Montreal Canadiens shocked the team. The young star, a popular teammate, is supposed to have a breakout season following a stellar 24-goal rookie campaign.

Now, the Sabres won’t have their most dynamic presence until at least November or December.

“I think yesterday there was a little bit of shock and awe with the situation, having it happen on the ice, the injury happening right before the start of the season,” Bylsma said inside KeyBank Center. “I think … every day and every group has to go through some adversity and some injury situations, and you got to learn how to play with the guys that are on the ice.

With Eichel out, his wingers, Evander Kane and Sam Reinhart, will move beside center Ryan O’Reilly, the team’s only NHL All-Star last season.

O’Reilly, who recently missed time battling spasms in his back and midsection, said he “shouldn’t be restricted in any way.” He will, however, take fewer faceoffs.

Bylsma said he wants to be “super cautious” with O’Reilly. He said the left-handed O’Reilly only feels the injury when he takes a faceoff against another lefty.

The Sabres have more injuries than Eichel.

Defenseman Dmitry Kulikov is still recovering from a bruised tailbone and will sit tonight. Bylsma said he anticipates Kulikov, who has been practicing, will go on the team’s upcoming road trip. Rookie Casey Nelson will play tonight. As expected, winger Kyle Okposo’s bruised knee will sideline him.

Here are the rest of the forward lines from left to right:

Larsson enjoyed some nice chemistry with Ennis late in 2014-15, his most productive NHL stretch points-wise.

In other news, Sabres Robin Lehner will play his first game since March. 16. The Swede had season-ending ankle surgery later that month. The Canadiens will start goalie Al Montoya, not Carey Price, who’s out with the flu.