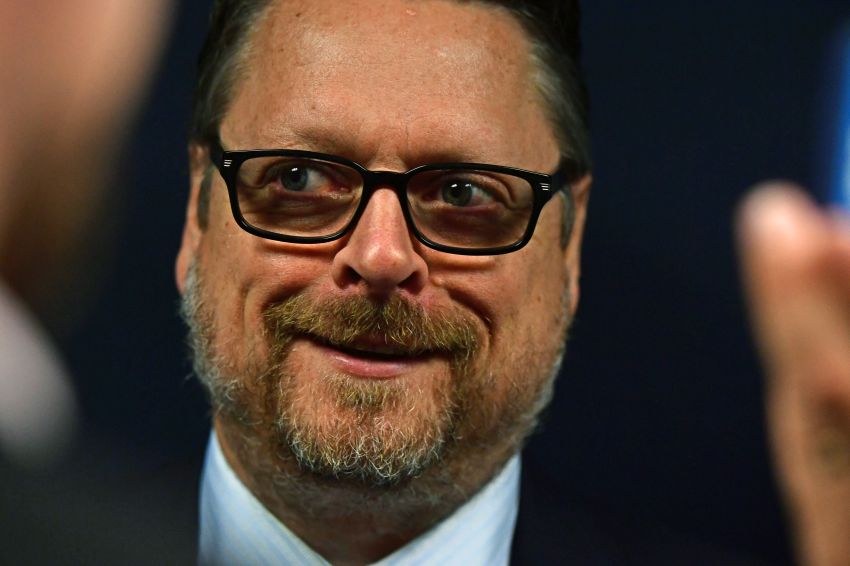 Eichel, 19, watched Thursday’s 4-1 season-opening loss to the Montreal Canadiens in street clothes and a walking boot inside KeyBank Center. He briefly popped out of a tunnel on a scooter to acknowledge the crowd during introductions.

The start of the franchise’s 46th season lost some luster without Eichel, an ultra-talented center expected to have a breakout year.

“Historically, that’s what they’ve been,” Murray said of the sprains. “I guess some guys have come back after four, but we can’t count on that. We can’t sit here for four weeks to come and think it’s all going to get better. … You know me, glass half empty. Prepare long term and anything better than that is a bonus.”

Clearly, Eichel’s scary injury – he writhed in pain after his leg buckled – stunned the team.

“I think yesterday there was a little bit of shock and awe with the situation, having it happen on the ice, the injury happening right before the start of the season,” Bylsma said Thursday morning. “I think … every group has to go through some adversity and some injury situations, and you got to learn how to play with the guys that are on the ice.

Murray called Eichel’s injury “disheartening.” For now, he plans to see how the Sabres respond to his absence.

“Jack is not a replaceable player,” Murray said. “We got to try this internally. You can use all the clichés if you want. (It’s an) opportunity for somebody else. We know that somebody else is not going to come and be Jack, so we got to be a real team here.”

With Eichel out, his wingers, Evander Kane and Sam Reinhart, moved beside center Ryan O’Reilly, the team’s only NHL All-Star last season. Kane left the game and was taken to the hospital after crashing hard into the boards late in the second period.

Murray, whose old contract ends after the season, said the new deal was “a pretty simple process.”

“(Ownership has) been very supportive,” he said. “I can’t think of one time I’ve gone to them and they’ve said no or even questioned. I felt very secure. … Going into the last year of your deal, I guess it’s a vote of confidence when you can get a deal done and you don’t have to wait until June 30, which is great for me and my family, obviously. I wasn’t putting out resumes or anything like that.”

Murray began reshaping the Sabres when he arrived from Ottawa in January 2014. Only six players in Thursday’s lineup were acquired by the old regime.

Kulikov is still recovering from a bruised tailbone. Bylsma said he anticipates Kulikov, who has been practicing, will go on the team’s upcoming road trip. Rookie Casey Nelson replaced him.

Bylsma said he wanted to be “super cautious” with O’Reilly, who recently missed time battling spasms in his back and midsection. The Sabres limited O’Reilly’s faceoffs. Bylsma said the left-handed O’Reilly only feels the injury when he takes a draw against another lefty.

“When they tell you how good he is and who they compare him to, I can’t sit there and say he’s not that good or he’s not comparable to that guy,” Murray said. “You have to try your hardest to get your best deal.”

Murray said the sides talked throughout the summer. The talks became more frequent after Ristolainen recently returned from the World Cup of Hockey. No deadline was ever set.

Bylsma, perhaps only half-joking, on Matthews’ scintillating debut in the Maple Leafs’ 5-4 loss to the Senators: “They limited him to four goals.”