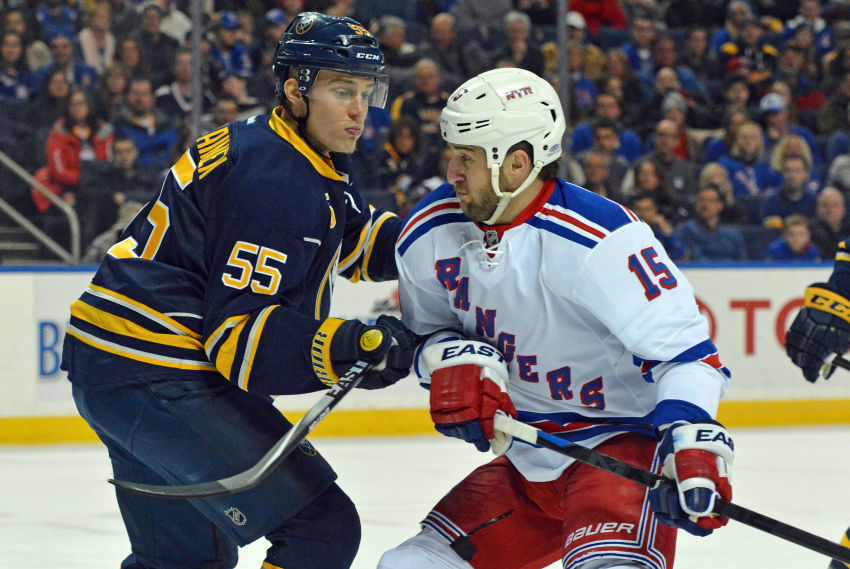 Eichel, who had a goal and assist in his debut Monday, should play in Saturday’s road tilt against the Ottawa Senators. The Sabres will essentially use split squads for the next two games, Bylsma said.

Bylsma wants his regular goalies, Robin Lehner and Chad Johnson, to play two full preseason games. So far, both have played 40 minutes. Bylsma wasn’t sure if Friday’s starter will go the distance.

In injury news, defenseman Rasmus Ristolainen (lower body) has been skating on his own and could start practicing in about five days, Bylsma said. Defenseman Zach Bogosian (lower body) won’t skate for the next couple of days.

Meanwhile, winger Patrick Kaleta, a camp tryout, is day-to-day with a lower-body he suffered in a scrimmage. Bylsma said he hopes Kaleta can skate this weekend and wants him to play a game.

The Sabres also trimmed their training camp roster to 50 players today by loaning forward Colin Jacobs to the Rochester Americans, sending forward Eric Cornel back to junior and releasing defensemen Josh Chapman and Spiro Goulakos and goalies Keegan Asmundson and C.J. Motte from their tryouts.

Update: Sabres winger Jason Akeson, who’s almost certainly bound for Rochester, will have a hearing with the NHL Department of Player Safety for hitting Ottawa’s Colin Greening near the head 7:49 into the third period of Wednesday’s 5-2 loss. Akeson wasn’t penalized. Travis Ewanyk immediately fought him.