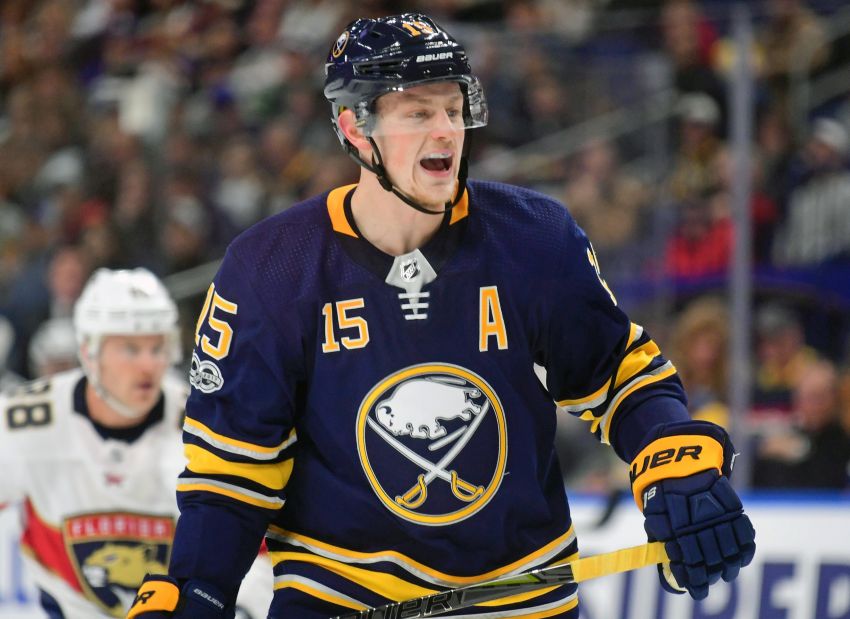 Buffalo Sabres center Jack Eichel left Saturday’s 4-2 win in Boston in the first period after his right leg bent awkwardly as he fell into the end boards.

Eichel, who got tangled with Bruins defenseman Matt Grzelcyk, then skated off on his own as he grimaced in pain.

Following the Sabres’ second straight victory, coach Phil Housley had no update on Eichel, the team’s only NHL All-Star.

Without their best player, the Sabres won for the second time in Boston, Eichel’s hometown, this season.

“I thought everybody stepped their game up when Jack went down,” Housley said.

Eichel, 21, has compiled a team-best 22 goals and 53 points in 55 games this season. A sprained left ankle sidelined him the first 21 contests last season.

The Sabres host the Colorado Avalanche on Sunday.