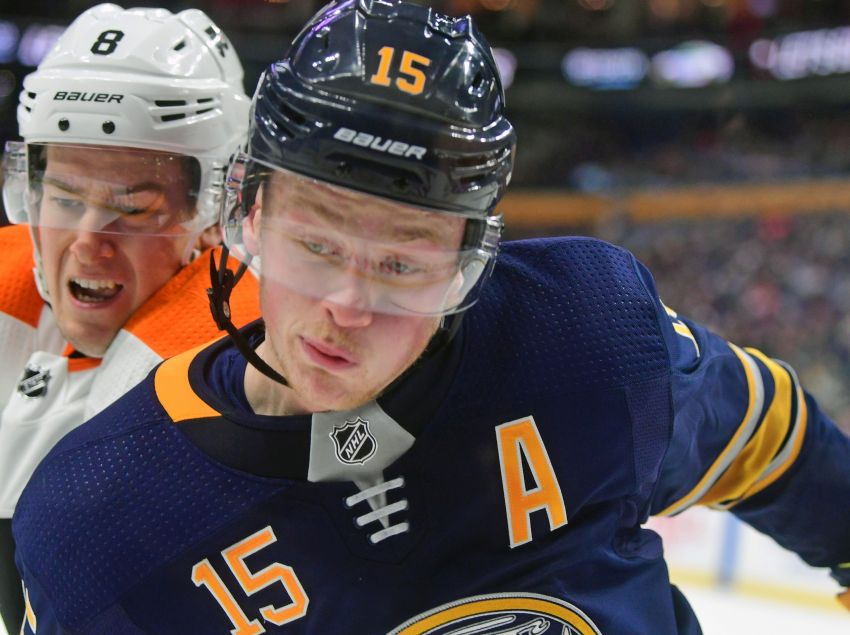 “You got something on the line, you got something to play for,” Eichel said this morning inside KeyBank Center. “I mean, it’s money, right? I think I read somewhere yesterday that Taylor Hall’s won both years in the three-on-three. I think he’s got paid over $150,000 from winning. That’s a pretty good chunk of money.

Of course, the game is just one part of the NHL All-Star experience. Eichel, 21, is one of the league’s most dynamic players. He should thrive in the skills competition Jan. 27.

Eichel wouldn’t have earned a spot if he didn’t bust out of a slump a month ago. Since recording his first hat trick Dec. 15, he has scored nine times in 11 games, tying him with Boston’s Patrice Bergeron for the most goals in that span. Eichel’s 15 points are tied for fourth.

Overall, Eichel has compiled 17 goals and 39 points in 43 games this season.