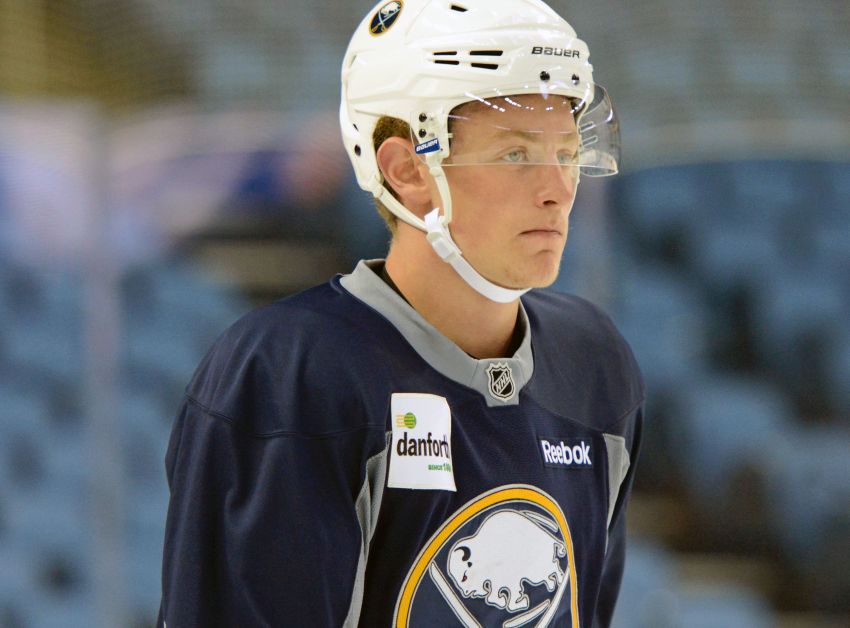 BUFFALO – There had never been a squad assembled like Jack Eichel’s Team North America, the collection of 23-and-under talent that wowed at the World Cup with its exciting, fast brand of hockey.

“It’s been a hit,” Eichel said this afternoon following his first practice with the Sabres. “Looking at the way the tournament has been received, there’s been a lot of buzz around it, which is great. I think, as a league, we definitely want to keep doing that.”

Still, based on recent reports, the radical idea of a young all-star team could be one-and-done at the World Cup. The country-on-country format might return in 2020.

Eichel smiled and spoke enthusiastically about tournament. The talented center clearly had a blast for three weeks on and off the ice.

“The games were exciting, and the thing was we were having fun playing and enjoying it,” Eichel said. “That made it that much better.”

Eichel’s happy to be back for his second NHL season. He looked relaxed during his 12-minute chat with the media inside KeyBank Center, discussing his goals for the upcoming season and joking.

“There’s goals and numbers in the back of your mind,” Eichel said of his personal stats. “I think for the most part … we all have the same one, and that’s make the playoffs. You can say, ‘Be in the hunt or whatever.’ I think we have the guys in the room, and I think that we all believes in ourselves. We have the team to do it.”

Whenever he debuts, Eichel will be ready.

Check back later for more on Eichel, who skated with roommate Sam Reinhart and Matt Moulson (his former roommate) today.

The tournament was also a memorable experience for Kulikov.

“It was amazing, if one word could describe everything,” he said. “You never dream that a tournament like that would be played again and when we played again and they announced the teams and I was on the roster, I was thrilled. Having that experience now, especially before the season, coming into a new team, I think it’s going to give me more confidence and boost my play throughout the season.”