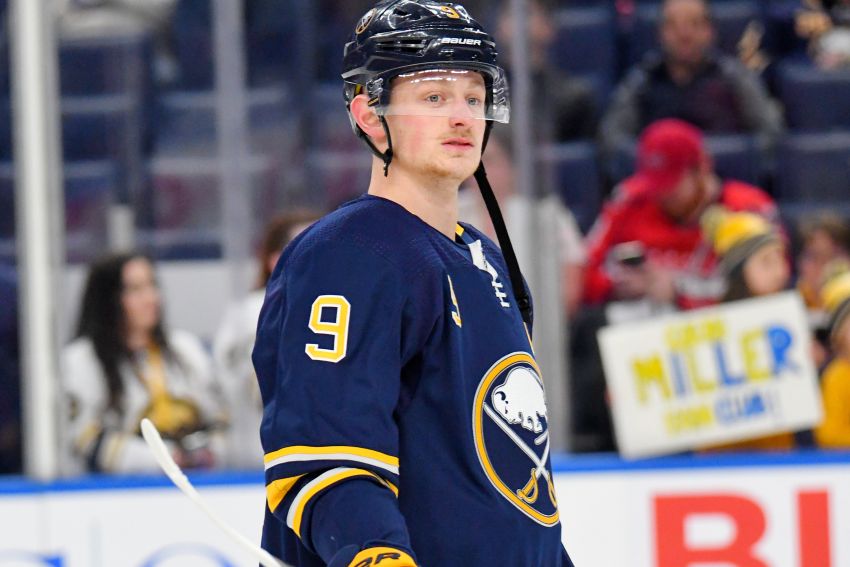 Buffalo Sabres captain Jack Eichel will miss the first practice of training camp today and is day-to-day after sustaining an upper-body injury while training, the team announced this morning.

Center Casey Mittelstadt is subbing for Eichel between newcomer Taylor Hall and Victor Olofsson on the top line, according to The Buffalo News’ Lance Lysowski.

Meanwhile, goalie Linus Ullmark will miss the session because he’s quarantining because of an immigration issue, according to the team. Ullmark recently returned to Buffalo from Sweden.

“(Eichel) will be fine,” Krueger said on a Zoom call. “We are being just cautious in the process, but we expect Jack here in the next couple of days. The same with Linus. He’s had a tremendous preparation. There was a stall in the immigration process, but he’s in Buffalo and we need to follow the proper processes.

“It’s part of the advantage of having a few days extra (of camp). … We expected possible complications, which we had there, but everybody is in a good space and we’re interacting with them and we are communicating with them as we are with anybody.”