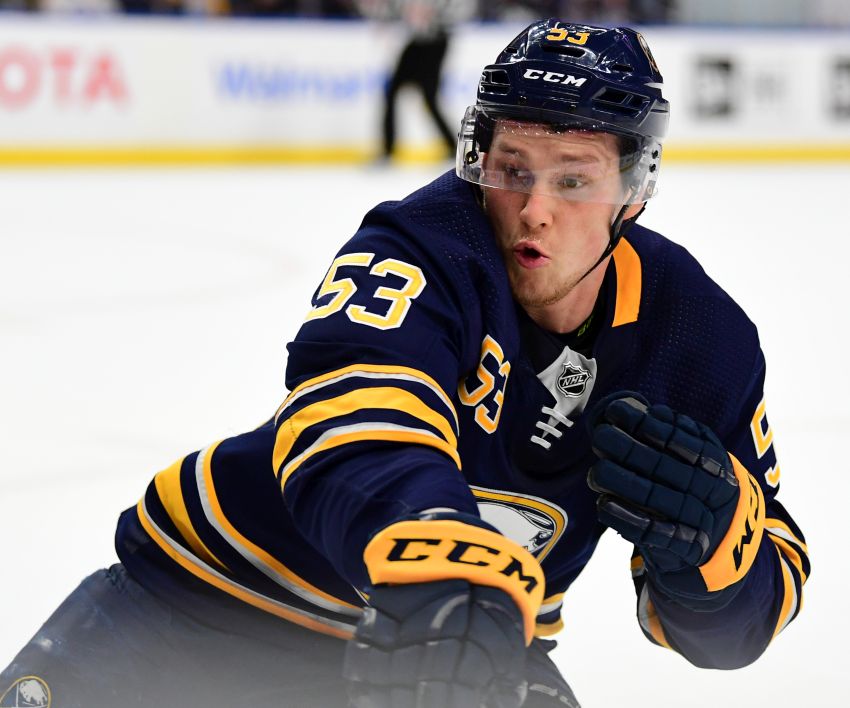 Fresh off Tuesday’s 5-4 shootout win over the Minnesota Wild, the Sabres have an opportunity to build something again. Of course, to get a streak going, the Sabres must knock off the Carolina Hurricanes, Thursday’s opponent at KeyBank Center.

The Hurricanes, who have as many points, 58, as the Sabres, have beaten the Sabres seven straight meetings (0-5-2). The Sabres last defeated them March 22, 2016.

“We haven’t had a lot of success against them in the last two or three years,” Sabres coach Phil Housley said this afternoon. “It’s going to be a point of emphasis. But more importantly is to try to keep building something here and not going back to winning a game and getting on the right side of things, because we got to stay focused.

“We talked about how much we gave up last night. We just gave up too much. We’re not going to have success playing that kind of game.”

The Sabres have been showcasing some awful defense, allowing four or more goals in seven of the last nine outings.

Another weak effort Tuesday forced Housley to switch the lines he had put together a day earlier.

Housley said he put Skinner back beside Eichel to “get him more involved.” Skinner, who doesn’t kill penalties, can miss time if the Sabres are down a man.

“I just felt he wasn’t really involved in the game,” Housley said. “When he was placed back with Jack, he was back to his normal self.”

Meanwhile, Housley said a decision on Larsson, out the last two games with an upper-body injury, will be made Thursday.

“We’ll see how he reacts to today’s practice,” Housley said.