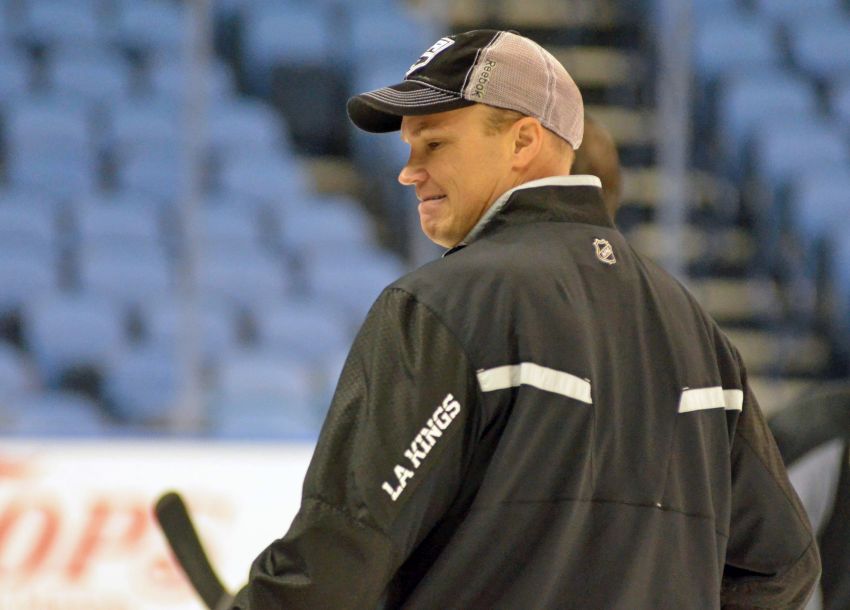 In Payne, Housley, who has never been an NHL head coach, has a top assistant with NHL head coaching experience. Payne led the St. Louis Blues over three seasons from 2009 to 2011.

The 46-year-old most recently served as an assistant with the Los Angeles Kings for five seasons, winning a Stanley Cup in 2014. Prior to that, he served a 137-game stint in charge of the Blues, going 67-55-15.

Payne has also served as head and assistant coach of the Peoria Rivermen, the Blues’ old AHL affiliate, and as an assistant in the ECHL. He played 22 NHL games with the Boston Bruins as a forward over his eight pro seasons.

Contract negotiations can continue. If the player reaches arbitration, the Sabres can choose a one- or two-year term because the player filed.

The 27-year-old spent last season with the Albany Devils, compiling five assists and 100 penalty minutes in 63 games. He has four goals and 36 points in 252 career AHL appearances.

MacWilliam, a seventh-round pick by Toronto in 2008, played four seasons at the University of North Dakota.

The Sabres, Rochester’s parent club, started stocking the Amerks after free agency opened Saturday, signing about five players for them.