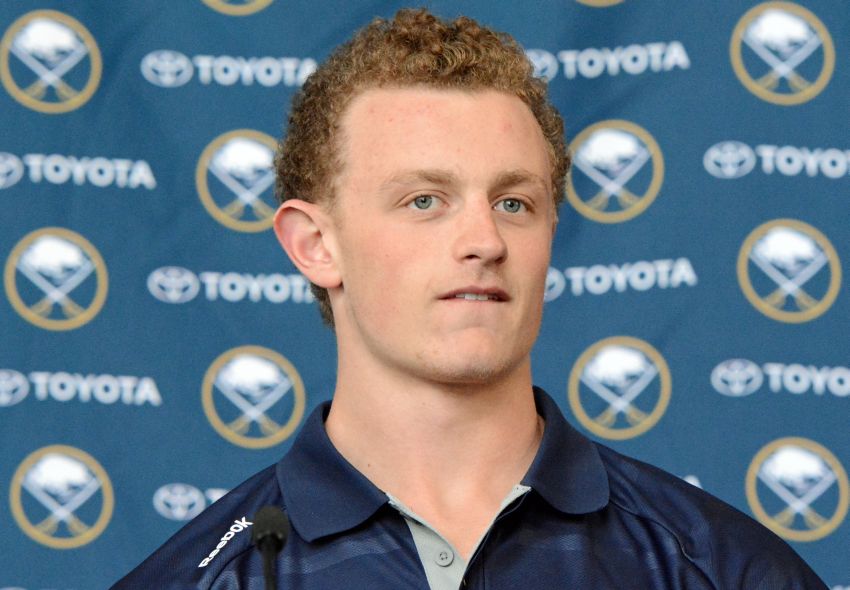 BUFFALO – The thousands of Sabres fans who visit the First Niagara Center this week to watch the team’s prospects should leave with at least one special, indelible memory. For the first time up close on home ice, they’ll get to see slick center Jack Eichel.

Sure, it’s only a summer development camp. But watching Eichel in Sabres gear just two weeks after he was drafted second overall will likely never be forgotten.

Of course, Eichel will be the focus and talk of camp. The phenom’s every move will be dissected. There will be, however, other strong Sabres prospects on display.

The Sabres have perhaps hockey’s best stable of young talent. Here are some other youngsters to watch if they attend. The team hasn’t released a roster yet.

Justin Bailey, winger: The 20-year-old Williamsville native, fresh off a 34-goal Ontario Hockey League campaign, will begin his pro career in Rochester next season. The 52nd pick in 2013 finished his three-year junior career strongly, compiling seven goals and 14 points in 14 playoff games with the Sault Ste. Marie Greyhounds. He had 63 goals in his final two regular seasons.

Nick Baptiste, winger: The 19-year-old, the 69th pick in 2013, finished his four-year OHL career in style, scoring 12 goals and 23 points during the Erie Otters’ 20-game run to the league final. He scored 77 goals over his final two regular seasons. Baptiste, like Bailey, will begin his AHL career as one of the Amerks’ biggest prospects.

Hudson Fasching, winger: The 19-year-old, a key piece in the Brayden McNabb trade with Los Angeles in 2014, announced in May he’ll return for his junior season at the University of Minnesota. Fasching, the 118th pick in 2013, morphed into a top prospect thanks to a 14-goal freshman season with the Gophers.

Vaclav Karabacek, winger: The 19-year-old, the 49th pick in 2014, saw preseason action with the Sabres last year. Karabacek was kicked off the Czech’s world junior team after he overslept and arrived late to a meeting.

Sean Malone, winger: The 20-year-old, the 159th pick in 2013, has quietly produced throughout his first two seasons at Harvard University, scoring 14 goals and 38 points in 52 games. The West Seneca native was also invited to Lake Placid last year.

Cal Petersen, goalie: Sabres general manager Tim Murray recently mentioned Petersen when he explained why the Sabres didn’t draft a netminder. He clearly thinks the 20-year-old, who had a .919 save percentage as a freshman at Notre Dame, could develop into a pro prospect. Petersen, the 129th pick in 2013, made an NCAA-record 87 saves in the Fighting Irish’s 4-3, five-overtime loss to UMass on March 6.

Sam Reinhart, center: The Sabres expect the 19-year-old, the second pick in 2014, to be a contributor next season. Is that realistic? Reinhart, who must pack on muscle, struggled throughout his nine-game NHL trial in the fall, mostly looking invisible. As expected, he went back to Western Hockey League and dominated, scoring 19 goals and 65 points in 47 games. Most importantly, he played a leading role in Team Canada’s run to the world junior championship gold medal.

Devante Stephens, defenseman: The Sabres’ selection of Stephens with the 122nd pick June 27 excited coach Dan Bylsma so much he celebrated at the team’s draft table. Bylsma spent some time working with Stephens’ Kelowna Rockets and believes the 18-year-old will be an NHL player someday.

Max Willman, winger: Why focus on a 20-year-old who compiled one goal and three points as a freshman at Brown University? The Cape Cod native, the 121st pick out of high school in 2014, was one of camp’s biggest surprises last year. Former Amerks coach Chadd Cassidy, who ran the on-ice sessions, said Willman surprised him more than any other player.