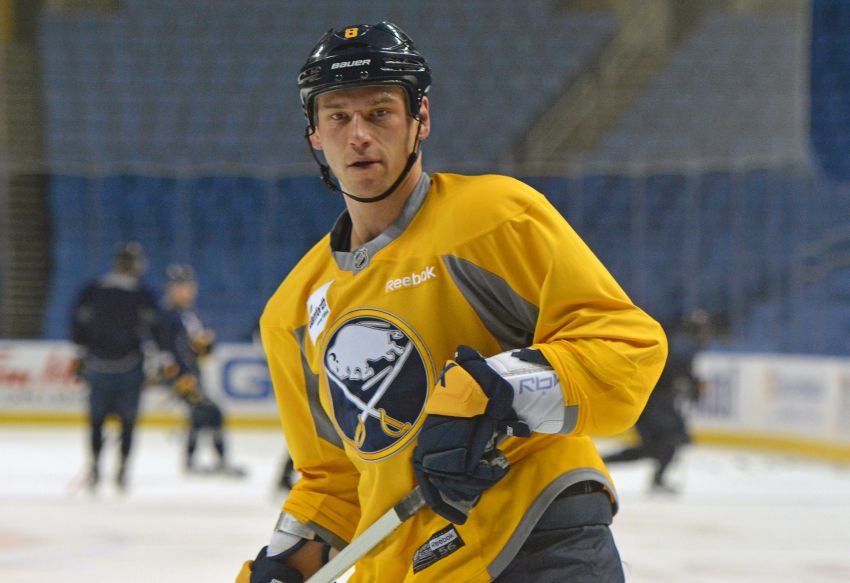 Cody McCormick has been banged up this season. ©2014, Dan Hickling, Olean Times Herald

BUFFALO – Slowly, the Sabres, a team riddled by injuries and illness, are getting back to full strength.

Moulson, a former Islanders star, missed three games after being sent home with the flu last Saturday. Luckily, it wasn’t mumps, an illness that has spread throughout the NHL.

“I think everyone’s worried about that, what’s going on throughout the league, but I got all the testing done for it,” Moulson said inside the First Niagara Center.

Weber said he figured it was good to have surgery with some breaks in the schedule.

The hard-nosed McCormick missed six games with a lower-body injury. He was also banged up earlier this year.

In other news, goalie Jhonas Enroth will for the Sabres tonight. Kevin Poulin will start for the Isles, who placed former Sabres goalie Jaroslav Halak on injured reserve today.

Other injury updates from Nolan:

Growing up in Mississauga, Ont., John Tavares’ father was a big Doug Flutie fan. So when the diminutive star bolted from the CFL to the Buffalo Bills in 1998, the elder Tavares kept watching Flutie play quarterback.

“That’s kind of when I started watching football and saw Doug Flutie doing those great things for the Bills,” Tavares, a New York Islanders superstar, said this morning inside the First Niagara Center.

Sabres’ Matt Moulson feels at home back in Buffalo