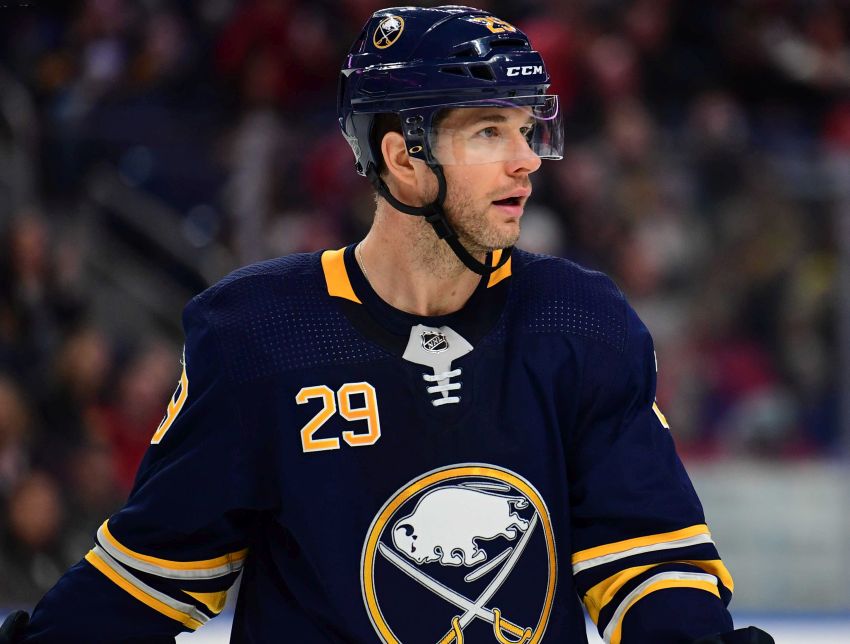 BUFFALO – Since their 10-game winning streak ended Nov. 29 in Tampa Bay, the Sabres have been downright awful on the road, compiling the NHL’s worst record, a wretched 3-14-3 mark.

Road games, of course, can be tougher. For example, the visitor has the last change. The environment can be unsettling.

Still, every other team has won at least six road contests over that stretch and earned at least 13 points.

Earlier this season, the Sabres performed superbly on the road, starting 8-6-1. During their 10-game run, they won three road games in four days.

In their last 20 road outings, the Sabres have scored only 45 goals and allowed a whopping 70.

“It’s just going back to simplifying our game and playing a simple road game,” said coach Phil Housley, whose Sabres start a two-game road trip Thursday in Chicago. “Sometimes it’s just relieving pressure out of defensive zone and getting pucks out, managing pucks through the neutral zone and getting pucks in and let our forecheck try to establish a forecheck. I think the simplification in our game.

“And again, we talked about when we don’t have the puck, just having our guard up.”

“It’s not something that we tend to say, ‘Oh, we’re going on the road. We haven’t been good on the road,’” Pominville said. “We just go out there and try to play and try to bring our best version of ourselves.”

In other news, Sabres defenseman Zach Bogosian, who missed Monday’s 4-3 loss to Edmonton with a lower-body injury, practiced this morning in his regular spot beside rookie Rasmus Dahlin.

Meanwhile, center Vladimir Sobotka, out the last three games with an upper-body injury, practiced inside KeyBank Center between Zemgus Girgensons and Tage Thompson.

“We’ll see how they respond today to practice,” Housley said. “Both of them looked very good out there. We’ll make that decision tomorrow.”

If they can return against the Blackhawks, center Johan Larsson and defenseman Casey Nelson will likely be scratched.