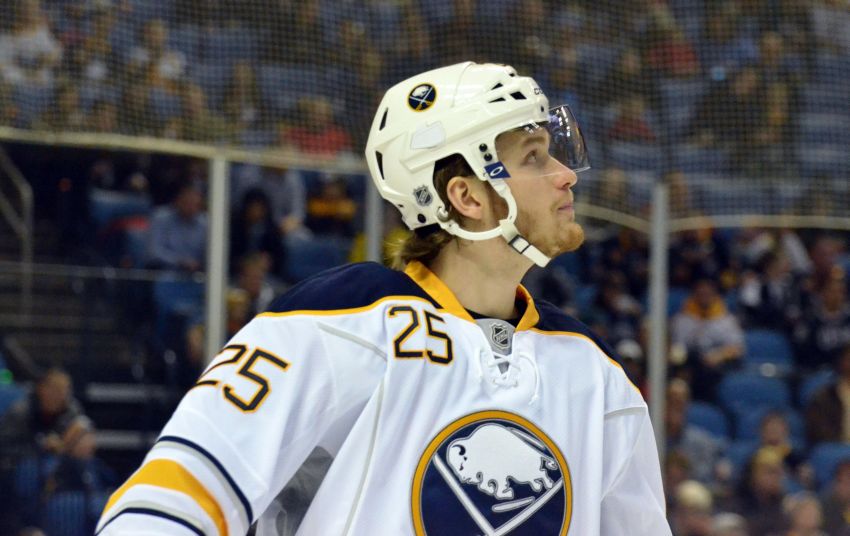 “We have an additional three or four months of development that we otherwise wouldn’t have had with a longer season,” Regier said in announcing Grigorenko would stay with the Sabres and play tonight against the Toronto Maple Leafs. “This isn’t a full-season decision; it’s a half a season, albeit a half a season with more pressure.”

When the Sabres’ skate ended this morning, coach Lindy Ruff called his team together at the bench and told his players Grigorenko would be sticking around.

The first season of Grigorenko’s three-year, entry level contract will kick in tonight. There’s no going back. It’s easy to forget, but the 12th overall pick in June’s NHL Entry Draft is still looking for his first NHL point.

The Sabres discussed a lot. But they see a youngster who’s grown in his five NHL games. They believe he looks like he belongs. He already makes some smart and slick plays.

Still, Regier and Ruff warned Grigorenko during their meeting this morning that he hadn’t arrived yet.

Grigorenko looked relieved talking to a throng of reporters this morning.

Ruff said Regehr’s injury was “short-term,” although he was spotted by Sportnet’s Chris Johnston walking out of the FNC in a walking boot.

“His shot on the power play is maybe second-to-none down in the American Hockey League,” Ruff said. “It’s just whether we got guys that can get it to them.”