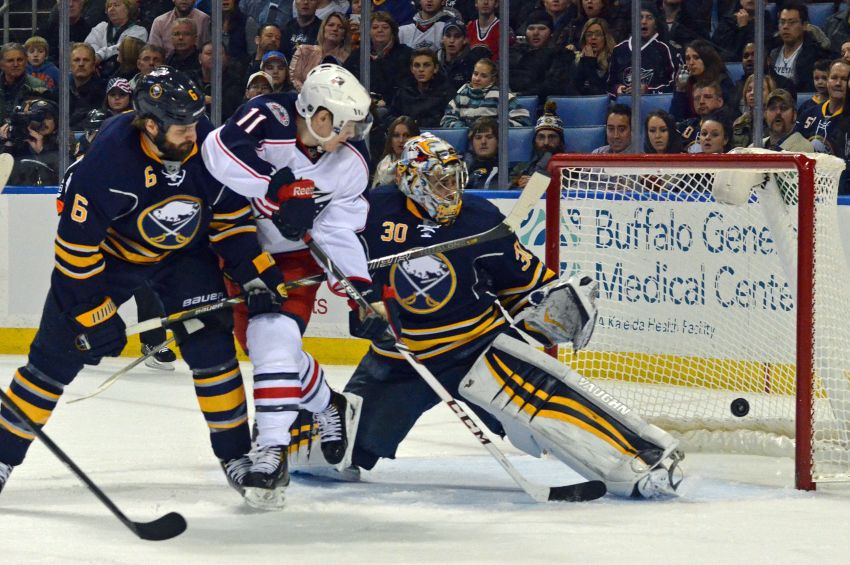 PITTSBURGH – The numbers are terrible. In 23 career games against the Penguins, Buffalo Sabres franchise goalie Ryan Miller is 7-11-3 with a ghastly 3.26 goals-against average and .888 save percentage.

The powerhouse Penguins own Miller like no other team.

So why start Miller tonight when the Sabres play Washington, a team he has dominated recently, Tuesday at home?

“I just know how good he is,” Nolan said this afternoon inside the Consol Energy Center, “and you play him as often as you can.”

Nolan also said: “We looked at it, especially this year going into the Olympics, monitoring our play time between both goaltenders. If you look at Miller’s numbers lately, it’s been pretty effective. So he’s a little bit more well-rested. In return, he’s playing better.”

Backup goalie Jhonas Enroth, a stunning 1-10-4 this season, has a 2.58 goals-against average and .914 save percentage in four career games against the Penguins.

In other lineup news, winger Drew Stafford (upper body) is out tonight after re-injuring what sidelined him four games recently. Stafford won’t be sidelined as long as last time, Nolan said. He left Saturday’s 5-2 win in Columbus.

Winger Linus Omark will move in after sitting four of the last five as a healthy scratch.

With Stafford out, winger Ville Leino will likely move up on the top line beside Tyler Ennis and Matt Moulson, Nolan said. Leino left Saturday’s game but is OK.