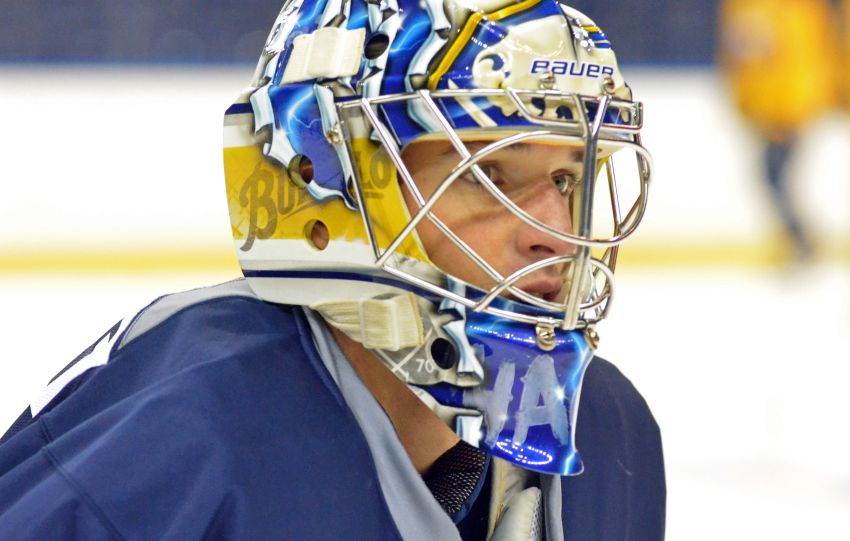 PITTSBURGH – Matt Hackett was home in Rochester, “about to pass out,” the goalie joked, when the phone rang around midnight.

Hackett had just been shelled in the Americans’ disastrous 8-1 season-opening loss, allowing six goals on 30 shots in just 36:35 before mercifully getting yanked.

The 23-year-old wasn’t expecting a recall to the Buffalo Sabres.

“Never seen getting called up for six goals,” Hackett said this afternoon after participating in the Sabres’ optional skate inside the Consol Energy Center.

But the Sabres needed another goalie after starter Ryan Miller (lower body) was injured in Friday’s 1-0 loss to Ottawa.

Miller could still dress tonight against the Penguins. Backup Jhonas Enroth is expected to start.

Hackett immediately drove to Buffalo after his phone rang and took a limo to Pittsburgh this morning, he said.

Defenseman Alexander Sulzer has also been recalled from Rochester.

Update: Sabres coach Ron Rolston said Miller won’t dress tonight and is day-to-day. The goalie will be ready for Tuesday’s home tilt against Tampa Bay, he said. Meanwhile, Tallinder will probably be out around a week, Rolston said.