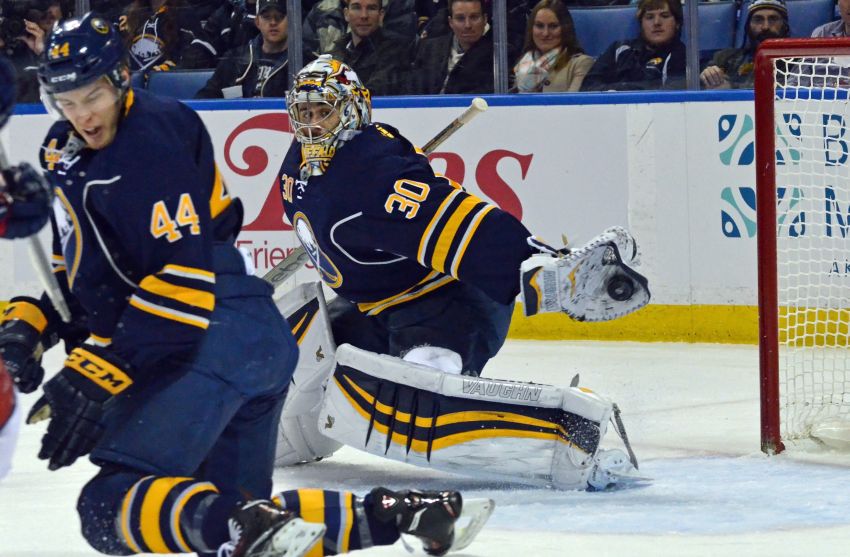 BUFFALO – A little more than halfway through the first period in Columbus’ 4-3 shootout victory Saturday, Sabres defenseman Jamie McBain pinched into the right circle was tripped by Nick Foligno, creating a two-on-one break.

With only defenseman Brayden McNabb defending, Foligno zoomed down the left wing into the circle and dished to RJ Umberger, who one-timed the feed.

Incredibly, Sabres goalie Ryan Miller got across his crease and snagged Umberger’s shot.

“I got a little flat-footed and stuck there. I got a little lucky and he shot back into me by maybe three or four feet. You don’t put your glove there nothing good’s going to happen. So happy to get a hold of it.”

We’re happy ace photographer Dan Hickling got a hold of one of the best hockey shots this season.