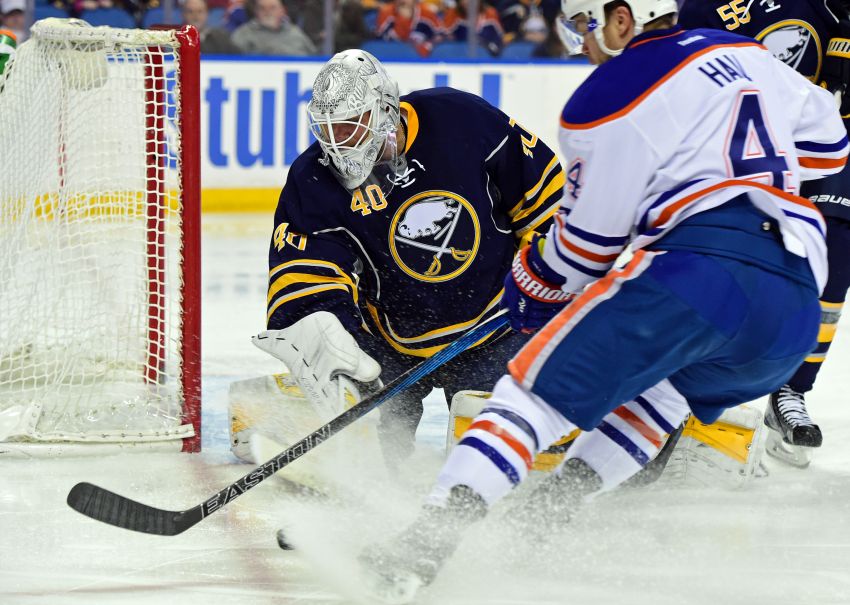 BUFFALO – Robin Lehner could play again this season. The Sabres will allow their starting goalie to rest and rehab the ankle injury he just aggravated twice in a week, coach Dan Bylsma said.

“(A) high ankle sprain is just one you deal with for a long time,” he said this morning. “I don’t think at any one point in time he hasn’t been dealing with it since coming back.”

Backup Chad Johnson will start tonight against the Ottawa Senators inside the First Niagara Center and Saturday’s road tilt against the Toronto Maple Leafs.

Ruhwedel, who has eight goals and 22 points in 46 AHL games, will make his season debut tonight. The 25-year-old has five goals and 12 points in his last 12 outings.

Incredibly, the Sabres have used only eight defensemen all season, meaning Ruhwedel has been stuck in Rochester.

“You can say it’s frustrating, but at the end of the day, a guy beat you out for a spot in training camp,” Ruhwedel said.

Lieuwen, meanwhile, is 14-10-1 with a 2.86 goals-against average and a .911 save percentage in 26 AHL games this season. The 24-year-old backed up Johnson five times earlier this season.