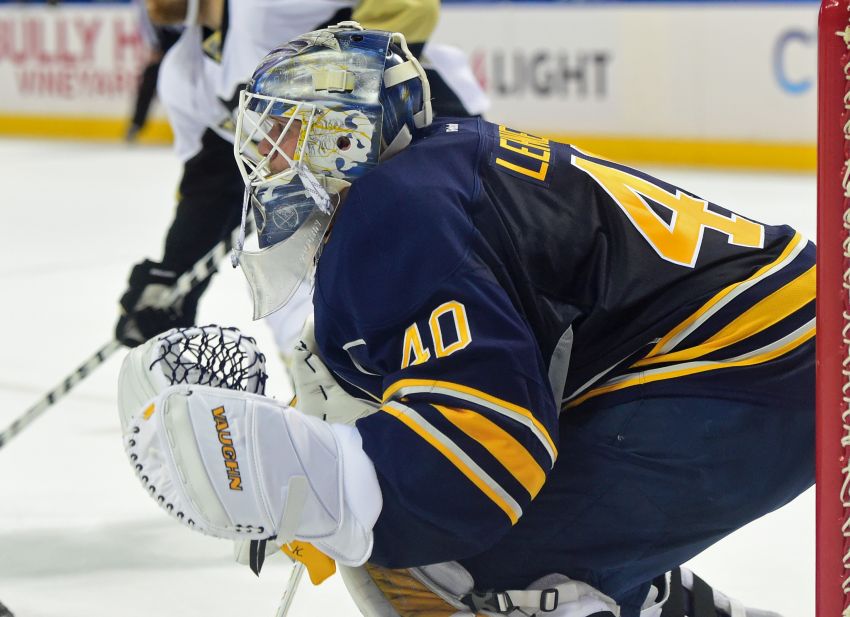 Lehner, 24, suffered a high ankle sprain opening night and recently jammed the tender ankle into the post twice in a week. The Swede hasn’t played since March 16.

Sabres coach Dan Bylsma recently said Lehner has been resting and rehabbing the ankle. Lehner was supposed to see the team doctors on Saturday, but the Sabres never offered an update until today.

After getting hurt Oct. 8, Lehner returned Jan. 15. The Sabres originally pegged Lehner’s recovery at six to 10 weeks before he suffered a setback around Christmastime and starting wearing a cast and using a scooter again.

The Sabres traded Ottawa a first-round pick for Lehner on June 26. In what was supposed to be his first season as their starter, Lehner played only 21 games, going 5-9-5 with a 2.47 goals-against average, a .924 save percentage and one shutout.

In Lehner’s absence this season, backup Chad Johnson has performed like a No. 1 goalie. Johnson has started six straight games and seven out of the last eight entering tonight’s tilt against the Toronto Maple Leafs inside the First Niagara Center.

Johnson just played Monday and Tuesday, when he faced 46 shots in the Sabres’ 5-4 shootout loss in Pittsburgh. Bylsma said following the game he wasn’t concerned about Johnson getting fatigued.

That means Johnson could start Thursday. Nathan Lieuwen has been backing him up.

Five games are left this season.