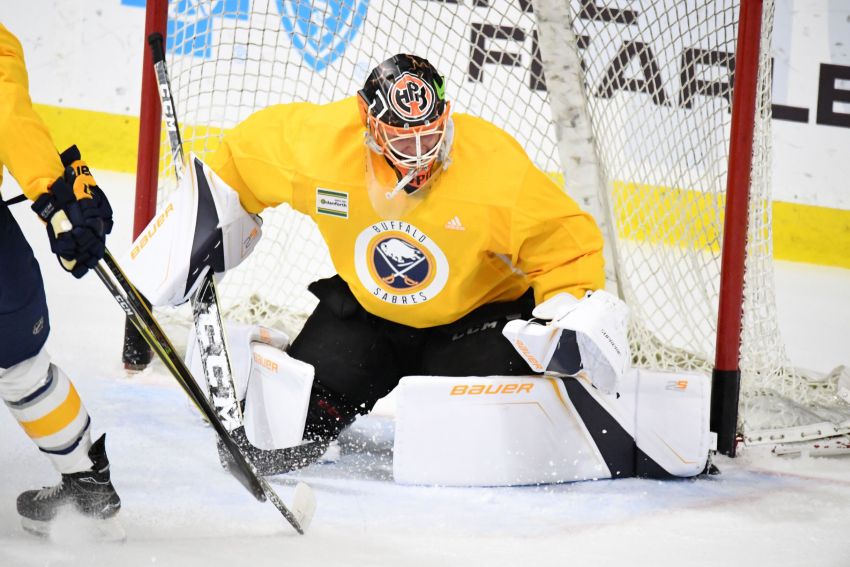 “He’s making great progress,” Sexton said prior to Saturday’s 4-3 win over the Boston Bruins in the Prospects Challenge rookie tournament.

Still, Luukkonen will miss training camp. When the Finn underwent surgery in April, the Sabres said he would make a full recovery in six months.

They intend on sticking to that timeline.

“We are not in a hurry to get him into training camp or anywhere,” Sexton said inside Harborcenter. “We’re going to follow the process, we’re going to stick with the timeline that the surgeon gave us, and despite the fact he’s chomping at the bit to get going, we met with him the other day and reassured him the good news is you’re right on track.

“(We told him), ‘The great news is you’re doing better than you thought. Now, let’s have the discipline to stick to the process and the timetable that we laid out five months ago.’ And he said, ‘Makes sense to me.’”

Luukkonen, 20, is expected to join the Rochester Americans after he recovers. He briefly joined the AHL club late last season after a stellar junior campaign with the Sudbury Wolves in which he was named the Ontario Hockey League’s MVP and top goalie.