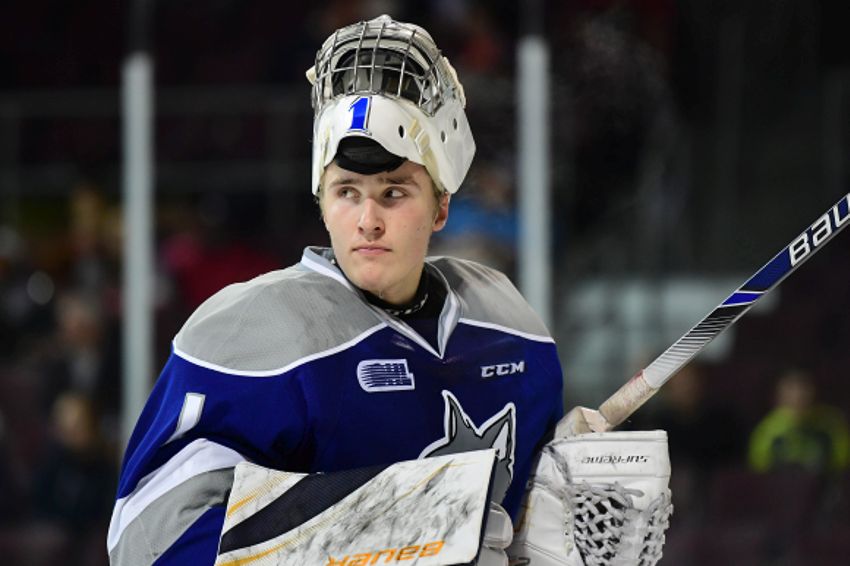 Playing so many games and practicing so often during the short tournament can be tough on players.

“That’s usually when you notice something isn’t right,” Luukkonen, 20, said on a conference call today after being named the Ontario Hockey League’s MVP.

The former second-round pick backstopped Team Finland to a gold medal in Vancouver. When he returned to the Sudbury Wolves, he resumed a dynamic junior season.

“It’s been building over time,” said Luukkonen, who underwent hip surgery last month. “There were certain days where it started to bother me a lot. It wasn’t too much pain to go and play through. It wasn’t a problem even later in the year to play through it.

“We just thought it would be better to take care of it now and take care of the problem. It wasn’t a difficult problem at any part of the season.”

Luukkonen, who’s expected to recover within six months, said he will stay in Buffalo for “a while” to rehab.

“They’re taking really good care of me,” he said. “We just thought that would be the best option right now to get the rehab going here.”

Luukkonen knows hip injuries are common in hockey. He said other goalies and players have told him “it’s not the worst thing that can happen.”

“It gives you that feel of safeness that you know everyone else has gone though it as well,” he said. “It’s nothing I’m too worried about.”

Luukkonen enjoyed a terrific season, compiling a sparkling 38-11-2 record with a 2.50 goals-against average, a .920 save percentage and six shutouts in 53 games.

The Wolves, meanwhile, had their best campaign since 1994-95.

Luukkonen is the sixth goalie to earn the Red Tilson Trophy as MVP and the first Wolves player since former Sabres captain Mike Foligno in 1979. Luukkonen is also the first European import player to be named MVP.

Last month, Luukkonen was named the OHL’s Goaltender of the Year.

Following the Wolves’ season, Luukkonen made his pro debut with the Rochester Americans, winning his only appearance April 14.