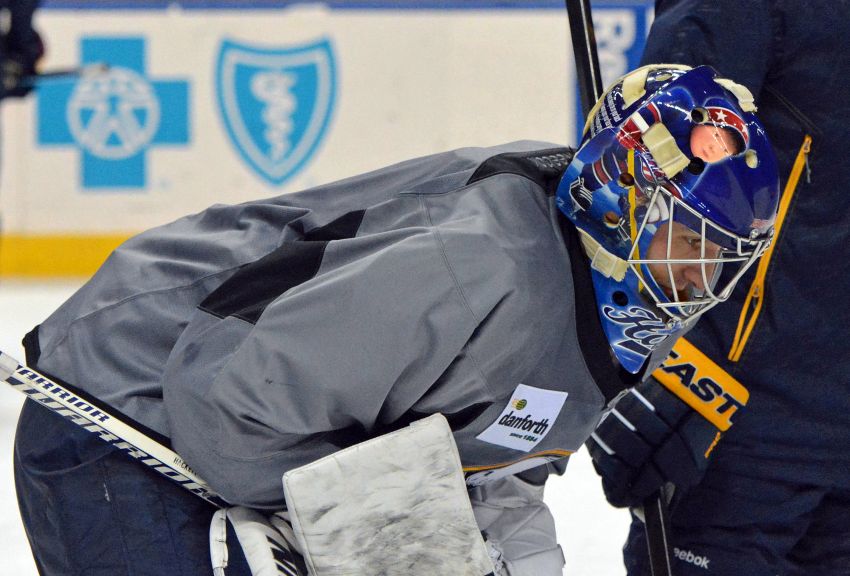 BUFFALO – Naturally, starting Matt Hackett, a goalie with a weak .893 save percentage, over Anders Lindback, who has a gaudy .926 save percentage, for tonight’s McEichel showdown against the Arizona Coyotes might raise a few eyebrows.

But Sabres coach Ted Nolan has plenty of reasons to start Hackett, who made 40 saves in Saturday’s 3-0 loss in Nashville. The 25-year-old will become an unrestricted free agent if he doesn’t play five more games.

“Hackett’s in a contract situation, so we have to take that into consideration,” Nolan said this morning inside the First Niagara Center. “There’s a where we’re going with the organization as far as going forward with it? Do we scratch an older guy versus a young guy?”

Hackett tore up his right knee late last season and has been experiencing soreness, so Nolan sat him Monday.

“We wanted to know if he was feeling really good,” Nolan said. “Today he confirmed it.”

As expected, Nolan faced more tanking questions this morning. As expected, he responded with the same answers he’s been giving for weeks or even months.

One thought on “Sabres goalie Matt Hackett to start against Coyotes”