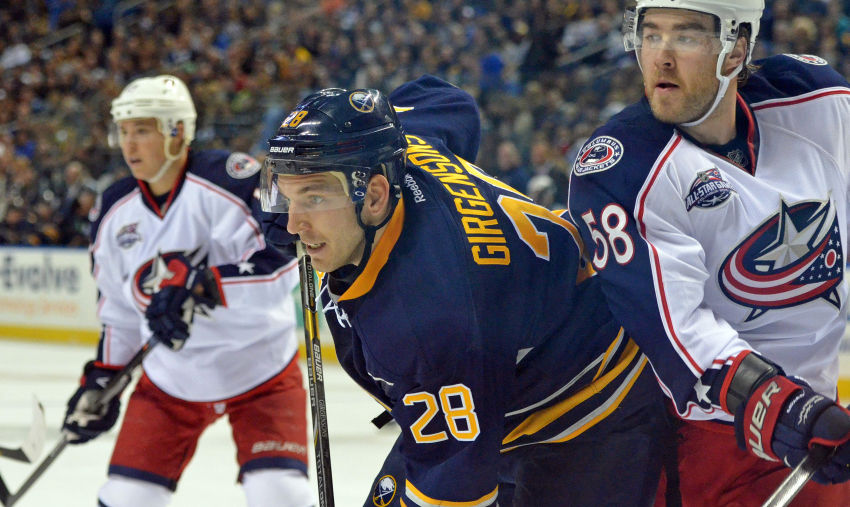 BUFFALO – In the Sabres’ 2-1 loss to St. Louis on Monday, coach Dan Bylsma felt goalie Linus Ullmark was playing so well his team would only need one goal to win.

The Sabres eventually broke down late, allowing the Blues to eke out a victory. But Ullmark’s 24-save performance convinced Bylsma, who had been alternating the Swede and Chad Johnson, to start the rookie again tonight against the Nashville Predators, his third nod in four games.

“I think he’s going to give us the best chance to win the match,” Bylsma said about Ullmark this morning inside the First Niagara Center.

The Sabres, losers of five straight games (0-3-2), will get center Zemgus Girgensons back tonight. The Latvian missed four games with an upper-body injury. Meanwhile, winger Evander Kane tested his lower-body injury before the Sabres’ optional skate this morning and is questionable for tonight.

In other injury news, Bylsma said goalie Robin Lehner didn’t suffer a minor setback in his recovery from a high-ankle sprain, something TSN reported Tuesday.

Lehner is out six to 10 weeks after getting injured Oct. 8, opening night.

Update: Lehner is back in a walking boot using a scooter.