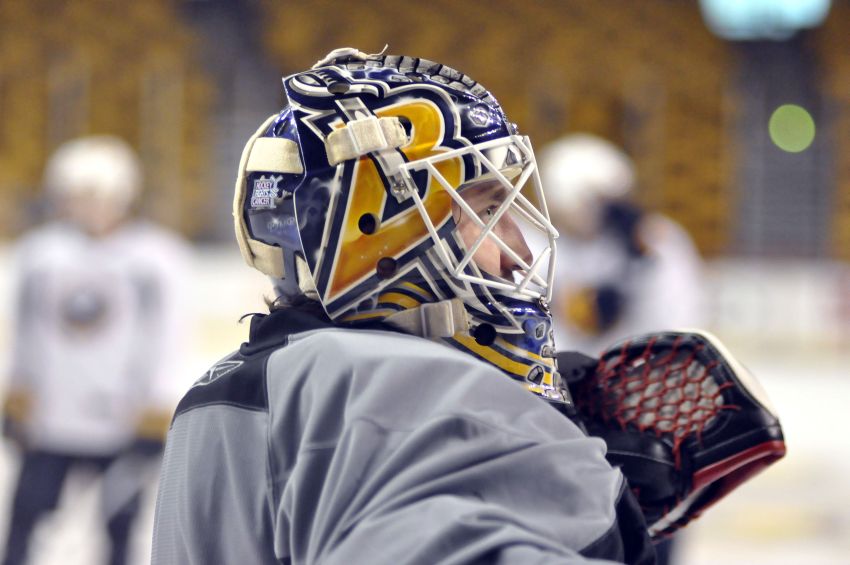 Fifteen months ago today, Jhonas Enroth, who will make his second start of the season tonight in Ottawa, was stealing the Buffalo Sabres’ starting goalie job from Ryan Miller.

On that night at Scotiabank Place in Ottawa, the young backup received a surprise nod, keeping the former Vezina Trophy on the bench a second straight game.

Enroth sparkled again, making 25 saves in a 3-2 shootout win over the Senators.

The rookie’s dynamic play had ignited a goaltending controversy.

Miller, meanwhile, was in the early stages of a wretched three-month slump.

Three days earlier, Philadelphia had torched Miller for three goals in only 6:23 at home. Fans jeered him hard.

After the game, he said, “They bought their tickets. They can do whatever they want. They can cheer when I make a save, boo when I don’t. Whatever.”

Naturally, fans wanted more Enroth. They got it when Milan Lucic’s hit concussed Miller a week later in Boston, a night after Enroth had beaten Ottawa again at home.

But Enroth endured a so-so run as the Sabres’ starting netminder, going 3-5-1. Following losses, the 24-year-old, normally one of the coolest customers around, began looking agitated and frustrated.

He hasn’t won a game since.

He finished last season 0-8-3 with a 3.19 goals-against average and .908 save percentage, appearing sparingly during the second half as Miller caught fire.

Sabres coach Lindy Ruff has said Enroth would start about 10 or 12 games this season. But if he keeps performing poorly, can Ruff really keep turning to him? The Sabres are already struggling. They have no margin for error.

Would the Sabres try to get a veteran backup if Enroth keeps struggling? Is he still their goalie down the line?