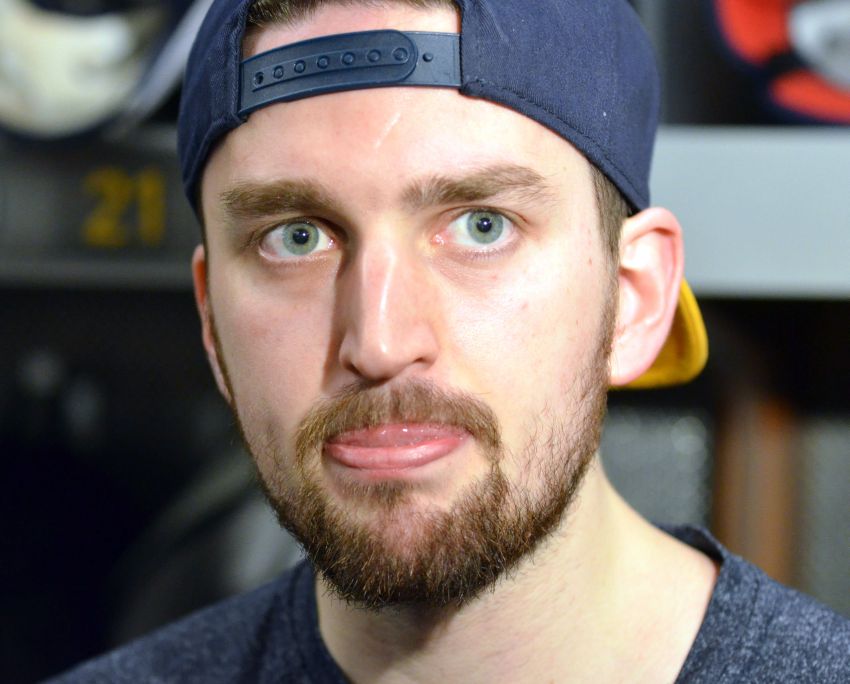 BUFFALO – Given what transpired in Friday’s ugly 8-4 loss to the New York Rangers – in between two Bronx cheers, Ryan Miller sarcastically saluted the crowd shortly before he was yanked – can the Sabres realistically play the goalie at home again this season?

Tonight, however, backup goalie Jhonas Enroth start against the Winnipeg Jets, a meaningless game for the Sabres.

Is it easier to play Enroth inside the First Niagara Center?

Before allowing four goals on 15 shots Friday, Enroth was one of the NHL’s hottest netminders, going 4-0-1 with a 1.55 goals-against average and .951 save percentage during a seven-game stretch.

The ninth-place Jets, who trail the Rangers by three points for the Eastern Conference’s final playoff spot, desperately need a win.

Incredibly, the Jets have won five straight games against the Sabres while allowing only one goal in each contest.