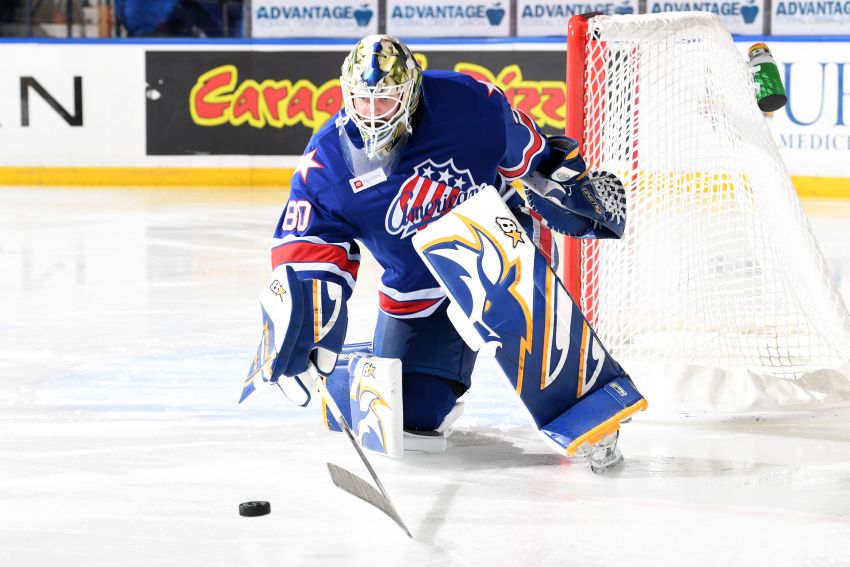 BUFFALO – Sabres goalie Craig Anderson is day to day with an undisclosed injury and will miss this afternoon’s game against the New York Islanders, coach Don Granato said.

Dustin Tokarski will start today at KeyBank Center. The Sabres this morning recalled Aaron Dell from the Rochester Americans to back him up.

Granato said Anderson, who has been experiencing soreness, did not like how he felt during Friday’s practice.

“It’s one of those crazy things that, hour by hour we’ll see how he responds,” Granato said this morning. “So I expect him back.”

Update: The Sabres sent Dell back to Rochester following their 5-3 win over the Islanders.

Dell, 32, mostly struggled with the Sabres earlier this season, registering an awful 1-8-1 record with a 4.03 goals-against average and an .893 save percentage in 12 games.

In his last appearance Jan. 25 in Ottawa, Dell earned a three-game suspension for hitting Senators forward Drake Batherson into the boards. Batherson suffered a high ankle sprain and missed two months of action.

The suspension created a huge problem for the Sabres, who had just two healthy goalies – Dell and Michael Houser – at the time. Houser entered COVID-19 protocol later in the week, forcing the Sabres to play Anderson and Tokarski coming off of long absences.