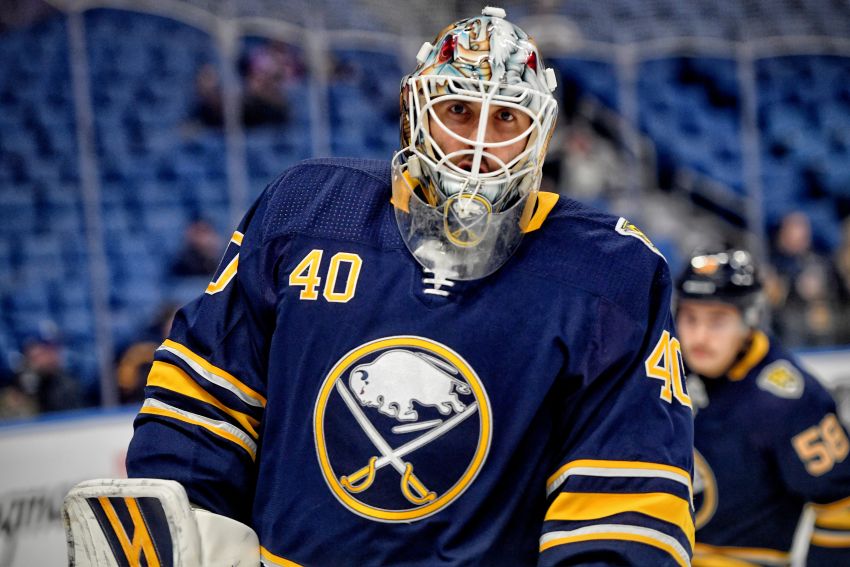 BUFFALO – Sabres goalie Carter Hutton, who hasn’t won a game since Oct. 22 and has backed up Linus Ullmark the last eight contests, will start this afternoon against the Vancouver Canucks, coach Ralph Krueger said.

He made his last appearance Dec. 19, making 23 saves in a 6-1 road loss to the Philadelphia Flyers.

This could be the veteran’s final chance to prove himself.

Why did coach Ralph Krueger, whose Sabres play Sunday in Detroit, decide to start Hutton today?

Krueger said he always planned to split the back-to-back set. He also wants to give Hutton an opportunity at home. His last five starts have been on the road.

“(He) has been feeling really comfortable here and we want to put in him in best possible chance for success and we feel it’s today,” he said.

Ullmark has started 15 of the last 17 contests.

In other lineup news, Krueger said the Sabres will dress 12 forwards and six defensemen today.

After sitting out four straight games as a healthy scratch, Evan Rodrigues will return. Defenseman Jake McCabe will also play after an upper-body injury sidelined him one game.