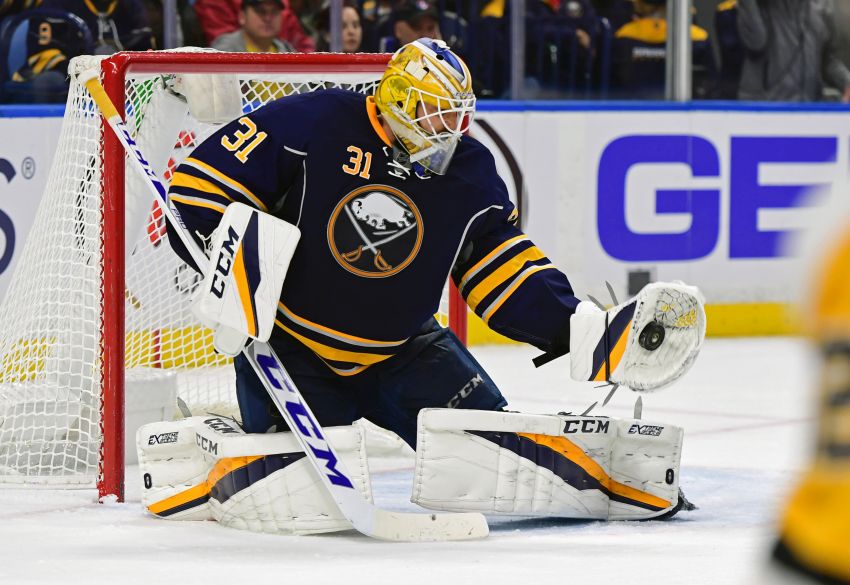 BUFFALO – Some quick updates from KeyBank Center, where the Sabres close a back-to-back set tonight against the Columbus Blue Jackets:

– Sabres goalie Anders Nilsson will start, just his third nod in the last 16 games. The Swede is 9-9-4 with a 2.75 goals-against average and a .920 save percentage in 22 games this season.

Starting goalie Robin Lehner, who made 35 saves in Friday’s 4-3 loss in Columbus, has been slumping. Since getting bumped three times Feb. 25 in Colorado, Lehner is 1-3-2 with a 3.79 goals-against average and a .881 save percentage.

– The rest of the lineup will stay the same, Sabres coach Dan Bylsma said.

– Bylsma on the 43-17-6 Blue Jackets, arguably the NHL’s biggest surprise this season: “I don’t think they bowl you over with high-profile names. They certainly have good players and skill. But they’re a working team and an aggressive team. They’re a team that probably has the highest battle level in the league of any teams we’ve played.”