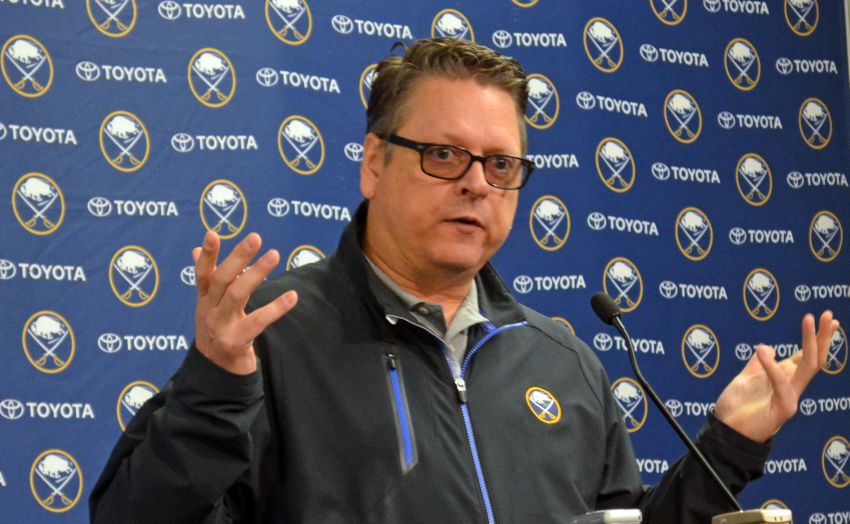 BUFFALO – One way or another, Sabres general manager Tim Murray plans to get another left-handed defenseman before the season starts.

“We’ve looked at everybody we feel is going to need waivers,” Murray said this afternoon following development camp inside the First Niagara Center. “We’re still talking trades with teams. We’re still talking about a couple of guys who are out there. But there’s no hurry.”

Murray’s willing to wait until right before the season, when some teams will need to pare salary to get underneath the cap.

He said he hasn’t moved on from Johnny Oduya, perhaps the best lefty defenseman on the market. Oduya is reportedly waiting for Chicago to shed some salary so he can re-sign with the Blackhawks.

Meanwhile, Murray’s still looking to hire a coach for the Rochester Americans. It appears he has abandoned his out-of-the-box idea for the job.

“I’ve gone through a thousand different scenarios, but it’s starting to get to the point where I have to quit experimenting with different ideas and scenarios and just get to it,” Murray said. “But in saying that, I thought we signed a lot of good depth guys that can play games up here when we have injuries, guys that are going to be really good players down there and they never had a question about who’s coaching.”