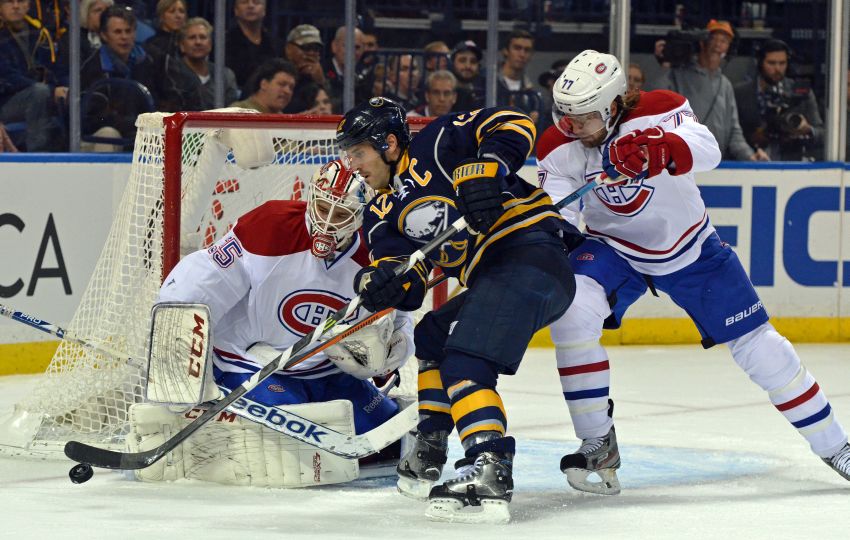 BUFFALO – Let’s say it was a busy day at work Wednesday, and when you sat down to watch the Sabres play the Montreal Canadiens, you dozed off until, oh, about 9:30 p.m.

You wouldn’t have missed anything notable.

The Sabres’ 2-1 shootout loss to the Montreal Canadiens before 17,837 fans inside the First Niagara Center was a real snoozer for 40 minutes.

Still, that’s the kind of effort the Sabres, 2-2-2 in their last six games, needed.

“The foundation we want to create is effort,” Sabres coach Ted Nolan said. “Once you get the effort, then you start executing on other things. That was one of our best periods we put together in quite some time.”

The teams generated some mild excitement during the third period, trading goals before an entertaining overtime.

“I thought we were pretty consistent the whole game,” Sabres defenseman Tyler Myers said. “It was one of our better 60-minute efforts, I thought. Any team’s going to have a couple shifts where you’re in your own zone. We come to play with that mindset, we’ll have some success.”

“I figured Brian tonight, he had a number of chances to score,” Nolan said. “Playing against his old team, it worked out. Matt Moulson is very well known for shootouts. It just didn’t work out tonight.”

Other things worked out well, however. The teams each had 32 shots, meaning the Sabres didn’t get outshot for only the second time in 14 games.

When Parenteau opened the scoring 19 seconds into the third period, Drew Stafford’s goal, just the Sabres’ second power-play score all season, tied it at 3:14.

“That’s a good sign,” Nolan said. “We battled back, we got the goal. The one thing about shootouts, those things are skill competitions, and sometimes you win them, sometimes you don’t. But the effort tonight I thought was really good.”

Myers added: “These last couple games here we’ve started to play the way we need to to be competitive. I thought tonight was a stepping stone. I thought it was a good game overall for us.”

After looking sharp in Sunday’s 3-2 shootout win against Detroit, Sabres goalie Michal Neuvirth enjoyed another strong game. The Czech has made 30 or more saves in all six starts this season.

“Some guys, we talked about it today, are just … gamers,” Nolan said about Neuvirth. “Once we get the lead, he’s really, really good. We just got to try to get him the lead.”

“It was a good read by me,” Neuvirth said.

Neuvirth has started two straight games and five of the last eight.

“The more I play, the more I feel I play better,” Neuvirth said. “I’m feeling good.”