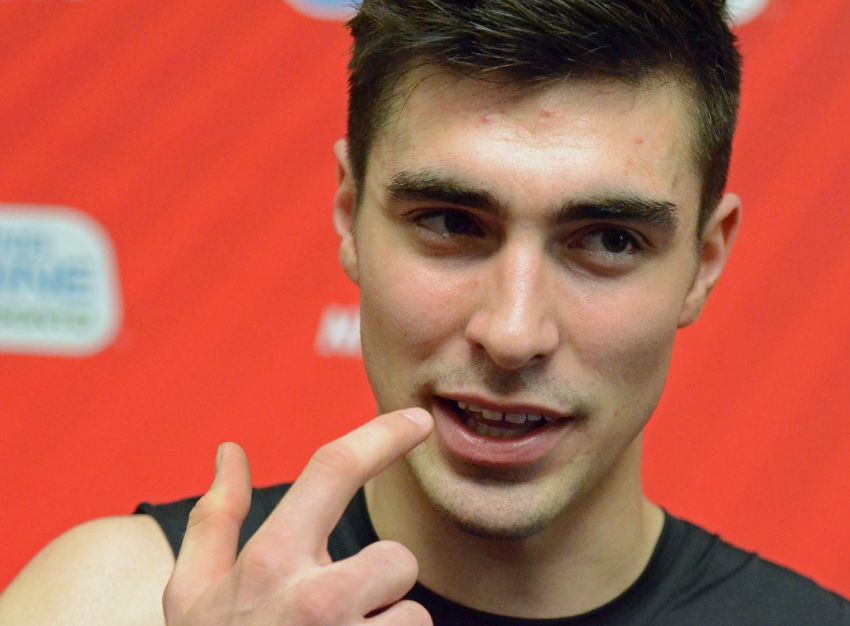 The prize return was a youngster named Hudson Fasching, a 2013 fourth-round pick rapidly developing as a freshman at the University of Minnesota.

While Fasching was still years away from joining the Sabres, they believed they had pried a terrific power forward away the Kings.

On Thursday, the Sabres gave up on Fasching, trading him to the Arizona Coyotes for defenseman Brandon Hickey and forward Mike Sislo.

The 6-foot-3, 204-pound Fasching ended last season as a healthy scratch with the Rochester Americans during the AHL playoffs. It was evident then new GM Jason Botterill would likely deal Fasching during the offseason.

These days, the best teams showcase speed. Fasching, 22, might be best suited for “heavy hockey,” a style the Kings utilized to win the Stanley Cup in 2012 and 2014.

The trade, which also netted the Sabres winger Nick Deslauriers, will go down as a bust.

What did the Sabres receive from the Coyotes?

Hickey, 22, finished his career earlier this year at Boston University, where he captained the Terriers as a senior. He played with Sabres star Jack Eichel as a freshman in 2014-15.

The Calgary Flames selected Hickey in the third round, 64th overall, in 2014. He compiled 21 goals, 54 points and 132 penalty minutes in 147 career NCAA contests.

The undrafted American spent last season with Coyotes’ AHL affiliate, scoring 23 goals and 47 points in 68 games for the Tuscon Roadrunners. He spent four years at the University of New Hampshire, where he captained the Wildcats as a senior.

4 thoughts on “Sabres give up on Hudson Fasching, trade him to Coyotes”