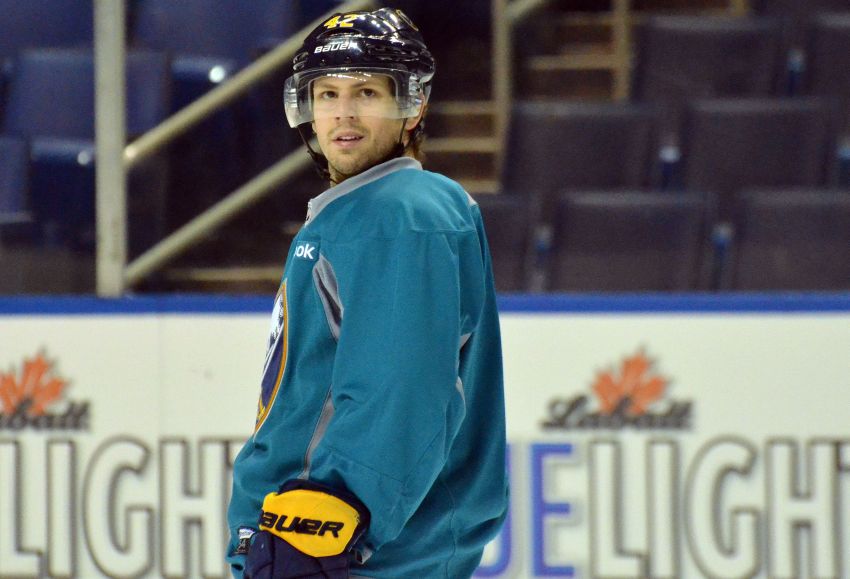 BUFFALO – Can you blame Nathan Gerbe for getting really hot?

“He said he wanted to keep me away,” Gerbe said this morning inside the First Niagara Center prior to tonight’s rematch with the Hurricanes. “But if we can’t touch them, then why can they grab us? … It’s a Catch-22 there. So I just decided to not touch him and keep my mouth shut. I don’t feel like doing any suspensions or anything like that.”

Gerbe’s troubles began when Philadelphia’s Marc-Andre Bourdon rammed him into the boards from behind on December, 7 2011. Gerbe kept playing, but his condition deteriorated over the ensuing months. He had surgery in July.

“You can’t train for what a game is like,” Gerbe said. “I think it’s good for me to get out there, kind of work on getting my timing going. (Thursday) was a tough one, in my opinion. Hopefully, today I can get my feet going better and kind of get in the swing of things better.”

2 thoughts on “Sabres’ Gerbe: ‘I just decided to not touch him and keep my mouth shut’”