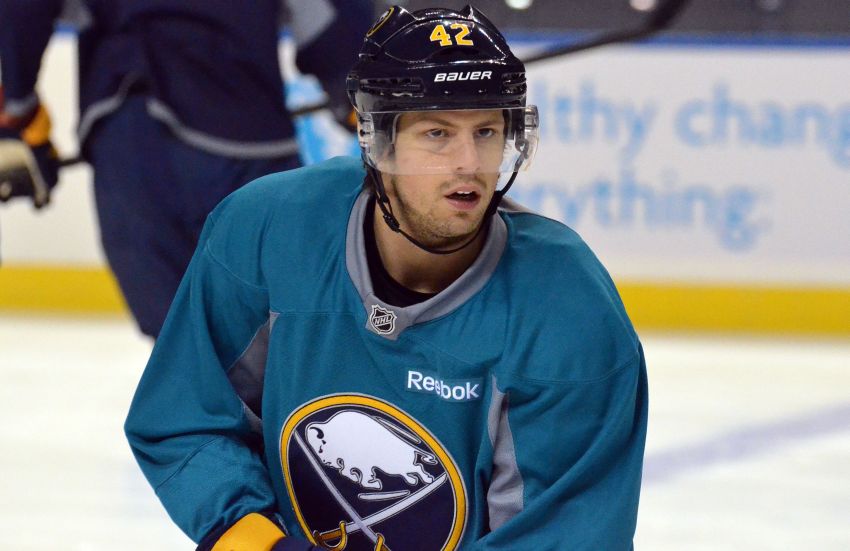 BUFFALO – While Nathan Gerbe still had to be cleared to play Wednesday, it appears the feisty Sabres winger could make his season debut tonight in Carolina after undergoing offseason spine surgery.

Gerbe skated on the wing Wednesday beside 18-year-old rookie Mikhail Grigorenko and Steve Ott, his first action on a regular line this year.

Ruff, who’s notoriously secretive about his starting netminder, said Enroth would play tonight or Friday at home against Carolina.

Then he dropped a hint.

“I think it’s important to get him going,” Ruff said. “It’s also important (because) we’ve got five games in really less than eight (days). You look at it that way, we need to get him in there. At the same time, we need to keep Ryan fresh.

“I thought (Enroth) looked great the whole week of camp. The longer you wait, I think it’s tough on him. The sooner we get him in, the better.”

Ruff then walked off smiling. He recently said Enroth would play about 10 or 12 of the 48 games.

Leino had been skating with Grigorenko and Ott. Jochen Hecht, who centered John Scott and Patrick Kaleta Wednesday, subbed for Leino the first two games.

Notes: Ruff said forward Cody McCormick (finger) is “getting better.” … Matt Ellis could be the odd man out tonight if Gerbe returns. … The Sabres’ season-opening 5-2 home victory Sunday drew a 20.1 Buffalo rating and 34 share, the highest ever for a regular-season game other than the 2008 Winter Classic.