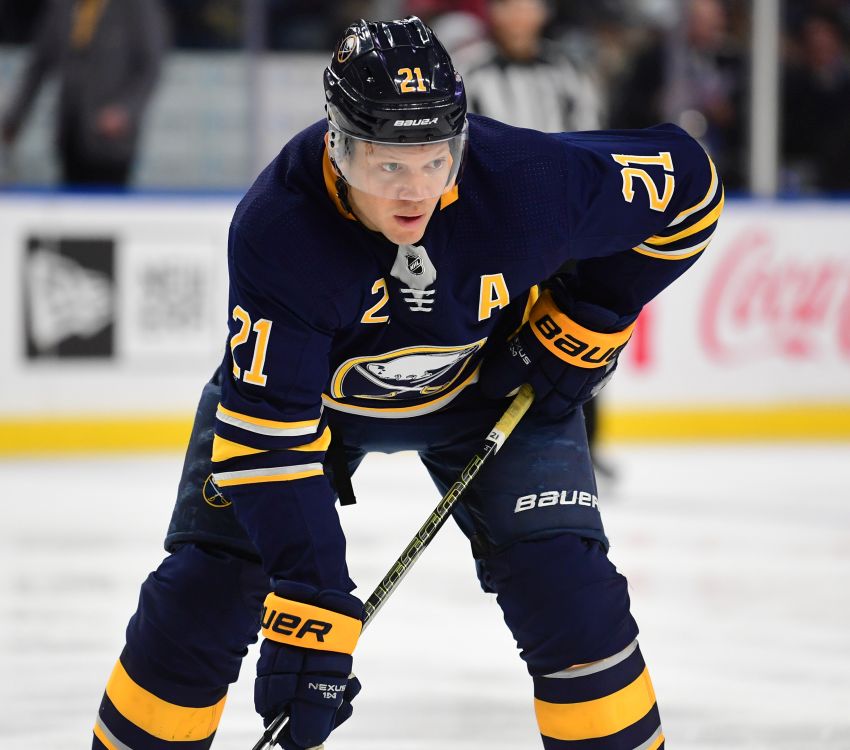 Other than a 19-second span in which the Rangers scored twice, the Sabres held them in check, staying on the offensive and peppering goalie Henrik Lundqvist.

While the Sabres lost for the fourth time in five outings (1-2-2), the game illustrates how much they’ve grown this season. If they keep performing like they did Sunday and in other recent contests, they’ll likely start winning more than they lose.

“If we keep playing that way, and keep generating that many shots and the opportunities, usually you’ll find a way to win,” Sabres winger Jason Pominville said of Sunday’s game.

In Thursday’s 4-2 road loss the Ottawa Senators, they pumped 48 shots on goal, including 23 in the third period.

In both tilts, the Sabres fell behind two goals, yet they never crumbled. That also happened Oct. 27 in Columbus, when they roared back from a late two-goal deficit to force overtime in a 5-4 loss to the Blue Jackets.

That has become a common response to any adversity they’ve faced in the first 15 games this season. They simply keep plowing ahead, showing their newfound maturity and embracing the shot mentality Sabres coach Phil Housley likes to stress.

To Housley, “focus and concentration” have helped the Sabres develop a different mindset.

“It is a mindset, believing in what we can do, trusting the process, sticking to what we know has led to us having success, not breaking,” Pominville said Tuesday inside KeyBank Center. “Even though we’ve had lapses where maybe we’re not playing the way we should be, we’re still sticking to what has helped us score goals and helped us have success. It’s helped us get back into games, it’s helped us win games.”

“You’re starting to see that translate to games because when you lay the foundation throughout training camp, through the start of the season, of how you want to play in practice, then it becomes easy in games, it just becomes second nature,” Okposo said. “It’s not like you’re trying to go into a game and flip a switch and all of a sudden you’re trying to play as hard as you can. You do it every day and it just becomes a habit.

“That’s part of maturing as a group. We’ve got a young team, but I think that’s a valuable lesson that we’ve learned. Now we’ve got to continue to keep making those steps. We’ve got to trust that foundation, keep building it.”

The Sabres have built a formidable five-man attack. In recent seasons, they often looked like an ugly, disjointed mess. Even completing a simple pass could be an ordeal.

But these days, they possess confidence and better decision-making skills, according to Sabres defenseman Jake McCabe. Housley’s system hasn’t really changed much.

“Guys are making plays when they should make plays and guys are getting pucks behind when they should get pucks behind,” McCabe said. “We’re playing a lot better hockey this year, but it’s not anything different than we’ve been doing. We just have a lot more confidence in ourselves and within our teammates and everyone’s buying into our systems.”

They’re also buying into shooting the puck. Overall, they rank ninth in the NHL in shots, averaging 32.9 per game. But since Oct. 21, they’ve generated 283 shots in seven contests, an eye-popping 40 per game, the league’s highest average in that stretch. They have at least 40 shots in each of the last three contests.

Not surprisingly, they’ve scored 25 goals in the last games, the league’s sixth-highest total.

Housley said his players can see the positive results of getting the puck on net.

“If it’s a bad angle shot, it just creates offense,” Housley said. “We’re on the retrieval mode, other teams are reacting to us, we gain possession and we can start the cycle play. At times we get away from it, and it just seems we don’t get a lot of offensive zone time.

“When we do, we’re attacking, we’re getting into the offensive blue line, where if there’s plays to be made, those lateral plays, we still got to continue to make those, because we can’t take away their creativity.”

The next step, of course, is finishing more opportunities. The Sabres, who beat the Senators 9-2 on Saturday afternoon, can do that by creating more traffic at the net.

“We’re at the net but there are opportunities where we’re not standing directly over the top of the goalie,” Housley said. “I think that’s one area we can do a better job. Obviously, we’re fighting to get there, which is a good sign. We had some second looks and second opportunities. If we continue to play like that, they’re going to fall. We got to keep firing the puck.”

The Sabres officially sent forward Sean Malone, who has been practicing with the Rochester Americans, to the AHL club Tuesday.

The West Seneca native, 23, injured his knee in an NHL exhibition game Sept. 17. The Amerks play the Cleveland Monsters tonight at KeyBank Center.