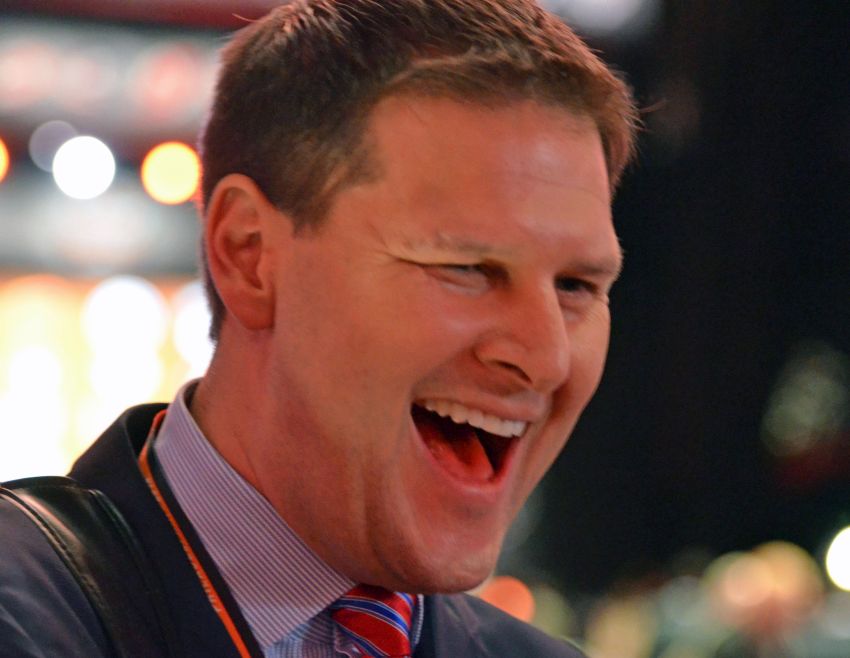 BUFFALO – The wait is over. The Sabres this morning named Jason Botterill the eighth general manager in franchise history.

Botterill, a key figure in the construction of the Pittsburgh Penguins’ Stanley Cup winners in 2009 and 2016, has been regarded as one of the NHL’s brightest young minds and a future GM for years. He most recently served as Pittsburgh’s associate GM.

The move had been expected for more than a week. The Penguins’ second-round series against the Washington Capitals, which ended Wednesday, possibly held up the announcement.

Botterill will formally be introduced at a 4 p.m. news conference inside KeyBank Center.

“We are very happy to welcome Jason Botterill to the Buffalo Sabres family,” Sabres owner Terry Pegula said in a statement. “Jason’s hockey knowledge, experience drafting and developing players, and his approach to management stood out to us during our interview process. Jason has built a solid reputation as a leader that connects strongly with players and staff around him. We are confident he will have a positive impact within our organization and will help us get to our ultimate goal.”

Botterill has his work cut out for him with the Sabres, a team he played 36 games with over a two-year stretch. He’s now in charge of a club that hasn’t made the playoffs since 2011, the NHL’s second-longest drought.

His first task will be finding a new coach, the Sabres’ fifth in less than four and a half years. That’s just the start of a dizzying stretch. The scouting combine begins at the end of this month, and June also includes the expansion draft, regular draft and the start of free agency.

Pegula said he wanted experience, and Botterill has earned plenty with the Penguins, an organization Pegula has long admired. Botterill has developed a reputation for his strong knowledge of contracts and the salary cap.

After retiring as a player in 2005 following three seasons in the Buffalo organization, he quickly moved up the ranks with the Penguins, starting as their director of hockey operations in 2007 before being promoted to assistant GM in 2009. He was given the associate GM title in 2014. He had also served as GM of Pittsburgh’s AHL affiliate, the Wilkes-Barre/Scranton Penguins, the last eight seasons.

Botterill, a big winger the Dallas Stars picked 20th overall in 1994, played four years at the University of Michigan, scoring 104 goals in 150 games and winning an NCAA title as a junior in 1996.