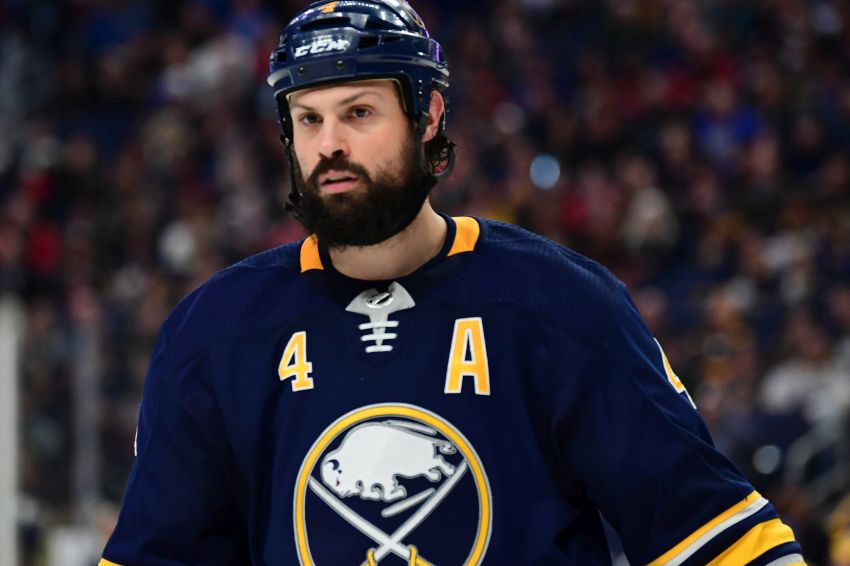 In the midst of a grueling 82-game season, getting away from the rink – the bye week went right into the NHL All-Star break – provided the struggling Sabres an opportunity to reset.

So Housley went up to Thief River Falls, about a five-hour drive from his home in St. Paul, to watch Wilson’s team, the Norskies, who rank third in the six-team Superior International Junior Hockey League.

“I’m just really proud of him because it’s his first head-coaching job of a junior team and he’s getting his feet wet,” a smiling Housley said Sunday. “He’s actually doing a really good job, really good reports of the people that are there.”

Housley and the Sabres, who are four points out of the second wild card spot, seemed recharged when they reconvened for Sunday’s practice inside HarborCenter.

“I was very surprised of the execution out there for the amount of time (off), the passing,” Housley said. “There wasn’t as much bump and grind, a little at the end there, but I liked the execution. I liked the speed coming off eight or nine days.”

The Sabres, of course, have endured a rough seven weeks, falling from first overall to fifth in the Atlantic Division.

Since their 10-game winning streak ended Nov. 29, the they’ve earned the fewest points in the league – just 18 – thanks to their wretched 7-12-4 record.

While the Sabres have certainly struggled, they’ve probably played better than their record might indicate. They have 10 one-goal losses in that span.

“We don’t really like our last 10 games, the record (3-6-1),” Housley said. “I like a lot of the games we’re playing and we’re losing by one goal. We were on the right side of things. I think it’s great. It gives us a reboot, a fresh start. Getting back to what we did in training camp. Getting back to work and focusing on areas we really need to improve.”

To Housley, the Sabres must improve at even strength.

“When I look at our team, I look at the five-on-five differential,” Housley said. “That’s going to be really important. That stems from everything. Obviously our special teams, our power play, is going to have to contribute, but I think the five-on-five play has got to get better. That’s where we’re really good and on top of our game.”

Despite dropping so far in the standings, the Sabres are still in the thick of the playoff race. Considering they finished dead last a season ago and haven’t seriously contended for a postseason spot in seven years, they’re still in a solid position with 34 games left.

“It’s important to take the positives out of everything,” Bogosian said. “Is there room for improvement? Of course. … That being said, I think we’re looking forward to the challenge ahead of us. We’re in a pretty decent position right now.”

What else do the Sabres have going for them? They seem to be a tight-knit group.

Housley said Nelson, who has missed 19 games, is day-to-day.

Eichel and Skinner were at the rink after traveling back from San Jose.

“We’re going to try to get him in and get an opportunity,” Housley said.

Hunwick, 33, has played only twice after suffering a neck injury during the offseason. He hasn’t played since Dec. 18.

One thought on “Sabres feel recharged after long break”