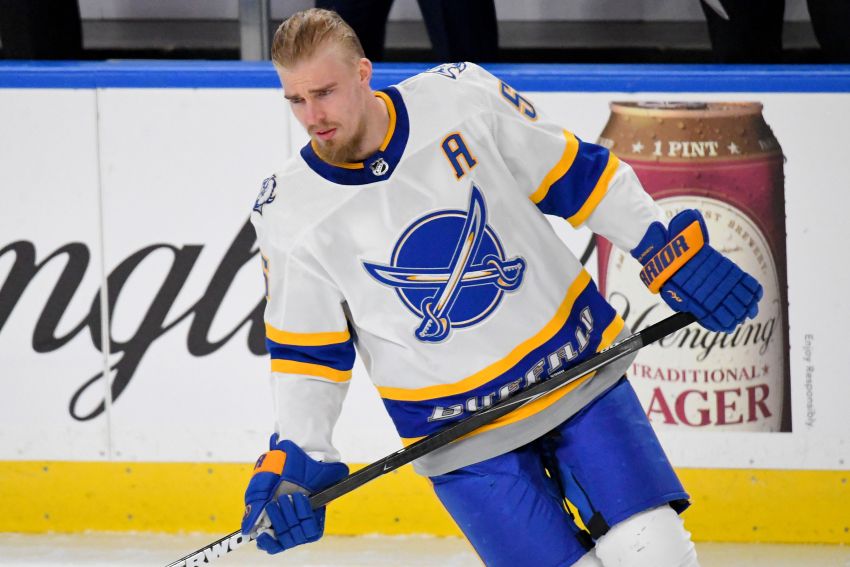 The hapless Buffalo Sabres kept hanging around Wednesday, trailing by one goal late in the second period despite being outshot by nearly a two-to-one margin.

No one, of course, expected the Sabres would win. But right now, they’re so bad a one-goal deficit is noteworthy.

That narrow margin did not last. The Pittsburgh Penguins pulled ahead late in the second period, capitalizing on two miscues from struggling winger Taylor Hall to take a commanding lead and cruise to a 5-2 victory.

The Sabres’ winless streak has hit a franchise-record 15 games.

They have 25 games remaining in what has become perhaps the worst season in their 51-year history. They haven’t won since Feb. 23.

When will they win another contest?

Their East Division schedule is relentless, with games against heavyweights nearly every other night until the season mercifully ends May 8. They play the Penguins again tonight.

Interim coach Don Granato acknowledged the Sabres are having trouble adjusting on the fly to the faster pace he wants them to play. That has led to more miscues and opponents pumping 82 shots on goal in the last two games, including 42 on Wednesday against goalie Dustin Tokarski.

Granato said those “very simple things that can be corrected really quick.”

“There’s urgency to doing that,” he said.

The Sabres also keep pressing, forcing plays or trying something fancy when something simple would be the best option.

“I feel like we’re not working smart at all the time,” said winger Victor Olofsson, who scored the Sabres’ second goal on a penalty shot. “We’re working hard and we want it too much. I mean, sometimes we might dive into a play where we shouldn’t, etc.”

Sabres center Curtis Lazar said playing skill-based hockey in a slump is “not going to cut it.”

“We have to get back to the basics and really just will our way to a win,” he said. “Build a game, make the other team earn every chance they get. Right now, we’re making it too easy. I feel like we’re too soft in the D-zone. We’re throwing pucks away when, if you don’t have anything, just hold onto it, wait for support to come around.

“Yeah, I mean, until we do that it’s going to continue to get frustrating. But it’s on us. It’s on us to right the ship here.”

The Sabres trailed 2-1 late in the second period before the Penguins converted Hall’s mistakes.

First, instead of skating the puck out of his own zone or making a simple feed as the Penguins changed, Hall made an ill-advised pass through the middle of the ice. Seconds later, John Marino scored at 17:29.

Then when Hall tried to force a pass to defenseman Rasmus Ristolainen at the point during a power play, Frederick Gaudreau stole the puck and blew by Dahlin, creating Zach Aston-Reese’s goal at 19:36.

If Tokarski did not make some key saves early, the Sabres would’ve fallen out of the game before the first period ended inside PPG Paints Arena.

“He’s been phenomenal for us both these games, he’s made some really big saves for us,” Olofsson said. “I feel like it’s just time to pay it back to him and play some better hockey.”

Granato did not have updates wingers Rasmus Asplund or Tage Thompson. Asplund left the game early and did not return. Thompson, meanwhile, missed the game because of illness.

Dahlin scored the Sabres’ other goal.