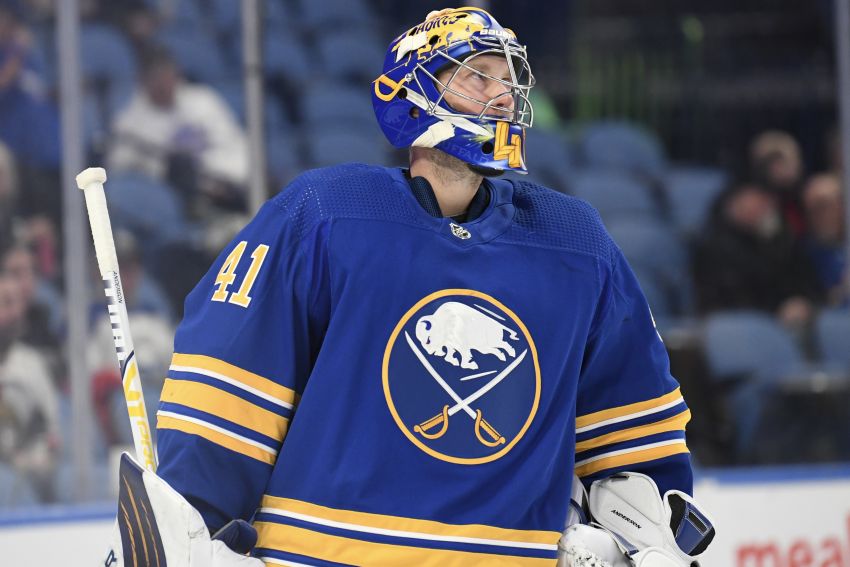 TORONTO – Having scored 18 goals during their three-game winning streak, including a whopping 10 in one contest, the Maple Leafs are perhaps the NHL’s hottest team.

For the first time since Dec. 11, the Leafs will have a full house of nearly 19,000 fans tonight in Scotiabank Arena. COVID-19 restrictions forced them to play in a near-empty or half-full building for nearly three months.

So the Sabres will be facing the Leafs’ lethal offense – the line of Auston Matthews, Mitch Marner and Michael Bunting is one of the NHL’s most dangerous – in what could be a noisy, hostile atmosphere.

If they get on their heels early, the Leafs could torch them.

“We want to play against the best, every opponent so it’s exciting to play the Maple Leafs, it’s exciting because they’re so talented,” Granato said following the pregame skate. “They’re scoring like crazy now, and you’ve got a great building and fans that are going to be into it. So we’re going to have to deal with all of that and that is going to be good for us to deal with that.”

Winger Kyle Okposo said the Sabres must be on their toes tonight “trying to go right after them.”

“We have to be conscious of what we’re doing defensively, but if we’re sitting back on our heels they’re just going to pick us apart,” Okposo said. “So when we’re on our toes, that doesn’t just mean with the puck. It means without it, too. That’s going to be the focus tonight, is attacking.”

Some other notes on tonight’s game, the end of the Sabres’ five-game road trip, are below.

– Sabres goalie Craig Anderson will be facing the Leafs for the 34th time in his career.

The veteran has struggled in his four starts during the Sabres’ current skid, registering a 3.80 goals-against average and an .879 save percentage.

– Sabres defenseman Colin Miller, out the last 17 games, skated with his teammates this morning for the first time since undergoing surgery in mid-January to repair an upper-body injury.

– The Sabres will utilize the same lineup as they did in Sunday afternoon’s 4-2 loss to the Dallas Stars, meaning center Mark Jankowski will be a healthy scratch.