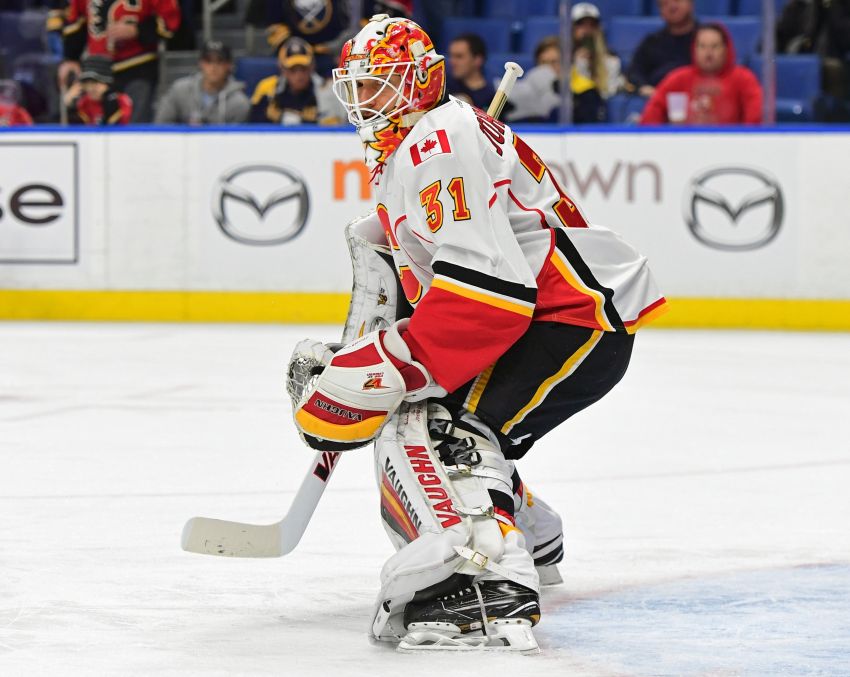 BUFFALO – For a team fresh off a last-place finish, the Sabres have a high number of contracts, including a few bloated ones, in place for next season.

Counting restricted free agents expected to be back, the Sabres already have about 19 players who could be regulars in 2017-18. Veterans Zach Bogosian, Josh Gorges and Matt Moulson combine for more than $14 million of salary cap space.

That might sound like a lot, but the Sabres have RFAs Nathan Beaulieu, Zemgus Girgensons, Marcus Foligno, Johan Larsson, Robin Lehner and Evan Rodrigues to re-sign. Their new deals will likely be bigger and eat up much of that space. Performance bonuses from other players will also help shrink the cap number.

So when free agency opens Saturday, new general manager Jason Botterill won’t have much flexibility or room for fresh talent. Overhauling the Sabres – they need another defenseman to play big minutes, a backup goalie and additional depth everywhere – will be difficult. Trades could be the best solution.

“We’re still addressing a lot of positions in our organization,” Botterill said Saturday following the NHL Draft at the United Center in Chicago. “We want to bring depth, obviously, and whether it’s through free agency or through trades, we’ll continue to look a different things.

The Sabre have already reportedly zeroed in on one free agent, goalie Chad Johnson, during this week’s courting period. They will “very likely” bring back Johnson, according to the Minneapolis Star Tribune. More on Johnson, who looked impressive in 45 outings with Sabres in 2015-16, later.

The 29-year-old compiled 19 goals and 45 points in 65 appearances. He might make a strong captain if the Sabres don’t re-sign Brian Gionta or want to pass the ‘C’ to someone younger.

But success stories like Okposo’s have been rare for the Sabres in high-end free agency. The big names they previously inked – defenseman Christian Ehrhoff and forward Ville Leino, for example – never lived up to expectations or failed miserably before being bought out.

Botterill noted he wanted to find value on the market.

Still, like any GM trying to fix his team, Botterill could be lured to some of the few big names available. Arguably the best talent set to become unrestricted, defenseman Kevin Shattenkirk, could transform the Sabres’ weak blue line and help Rasmus Ristolainen, the team’s overworked No. 1 defenseman.

Shattenkirk had 13 goals and a career-high 54 points in 80 games last season split between the St. Louis Blues and Washington Capitals. The Sabres’ entire defense combined for 17 goals and 121 points in 2016-17.

Naturally, Shattenkirk’s price will be high, perhaps around $6 million a season on a long-term deal. The 28-year-old has averaged 46 points in his last five full seasons.

Even if the Sabres don’t pursue a big fish, freeing up cap space could help them pursue a solid depth addition. Center Brian Boyle, a respected 32-year-old, could anchor the Sabres’ third line. Former 30-goal winger Patrick Sharp, a 35-year-old with three Stanley Cup rings, might also fit well on the third line.

Signing Johnson, meanwhile, makes sense. The 31-year-old was the team’s unsung hero and backbone two years ago, going 22-26-4 with a 2.36 goals-against average and a .920 save percentage as he subbed for an injured Lehner. Johnson almost re-signed with the Sabres last year before going to Calgary, where he posted OK numbers – 18-15-1, 2.59 and .910 – in 36 appearances with his hometown Flames.

His presence would allow goalie prospect Linus Ullmark another season of development in the AHL. Johnson could also push Lehner for playing time.