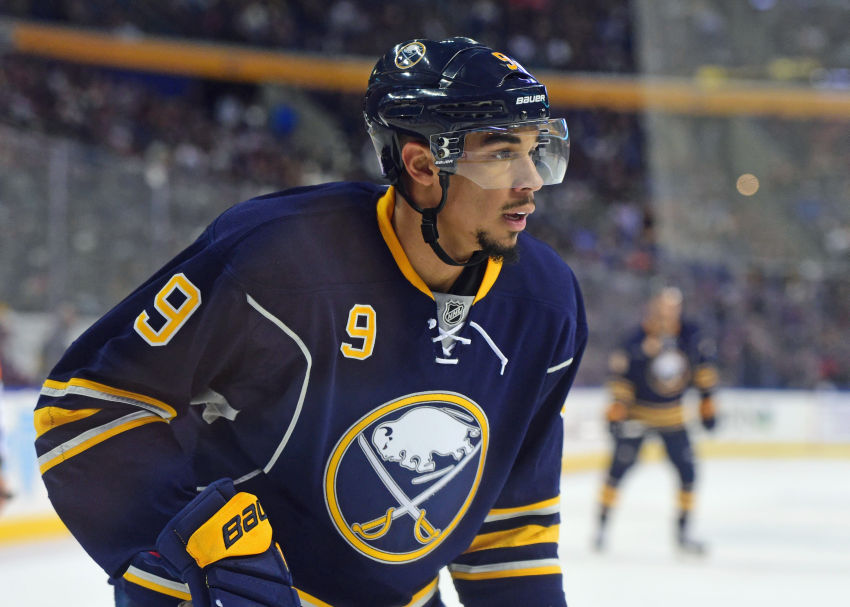 BUFFALO – After Evander Kane suffered a left MCL injury Oct. 24, the Sabres winger took a positive approach. When doctors told him he would be sidelined four to six weeks, he aimed to return after three and a half weeks.

“I’m a big believer in the mind’s a powerful thing,” Kane said this morning after skating with his teammates inside the First Niagara Center. “If you tell yourself you’re feeling better every day, you’re getting better. The mind can heal as well.”

Barely three weeks after getting injured, Kane is close to playing again. He plans to accompany the Sabres on their two-game road trip later this week and wants to play.

The Sabres will get one injured player back tonight against the slick Dallas Stars, defenseman Zach Bogosian, who will make his season debut after suffering a lower-body injury three days into training camp.

“Obviously, a lot of things factor into that. Conditioning is one, timing is another,” said Bogosian, who will be paired beside Jake McCabe.

Sabres coached Dan Bylsma joked he told Bogosian to “run a few miles this afternoon to tire himself out, because he’s going to be full of piss and vinegar.”

“He’s pretty ramped up to play,” he said. “He’s such a great skater. My worry is more of him being too rambunctious than not being able to keep up.”

To make room for Bogosian, Carlo Colaiacovo will sit.