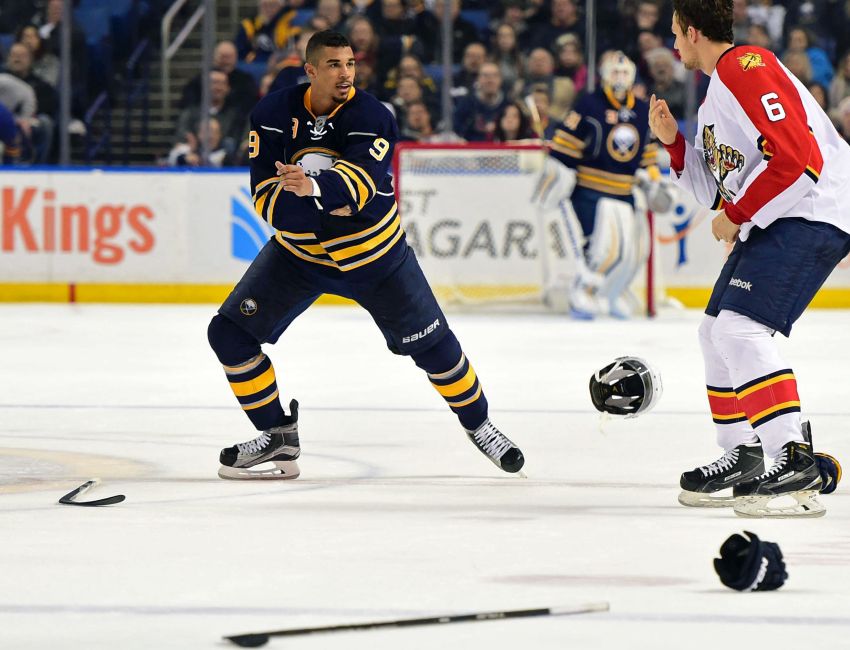 BUFFALO – Evander Kane sounded guarded. When the Sabres winger was asked about his turbulent summer, which included charges following an incident at a local bar, he offered only a short reply or deflected the question.

“I’m not going to say too much,” Kane said this morning inside KeyBank Center after veterans reported to training camp for physicals. “I’m here, I’m in camp.”

“Obviously, these situations are what they are, they happen to athletes or people in a position such as myself,” he said. “Those are things you just have to deal with, kind of come with the territory. In saying that, you have to be a little bit more aware and kind of put yourself on a higher pedestal than you think you are.”

Kane was charged with one misdemeanor count of criminal trespass and four counts of non-criminal harassment in connection with an incident at a downtown bar June 24. His next court appearance is Oct. 31.

Kane’s dealing with his second off-ice legal incident since joining the Sabres last year. In December, he was under investigation for an alleged sex offense at a downtown hotel. He was cleared of wrongdoing in March. He is now countersuing that woman.

He also said: “I turned 25 on Aug. 2. I’m getting older, I’m maturing just as everybody else is. I think every day you mature as a person. As a player, that’s kind of a product of your work ethic, to your craft. It’s something I’ve done my entire life and have continued to do throughout the summer.”

The Sabres offered Kane a fresh start. Does he feel like he blew it already?